Are there real benefits all round in decriminalising sex work? 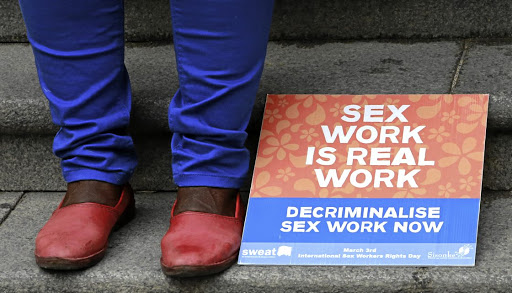 There are arguments both for and against decriminalising sex work and there are no easy answers on both sides, says the writer.
Image: Nardus Engelbrecht

One of the demands of the total shutdown was the decriminalisation of sex work. Are there advantages in decriminalising sex work?

Many researchers are of the view that there are indeed benefits. They say once decriminalised, sex workers generally practise safer sex, their working conditions and wellbeing improves, they feel safer and are more likely to report abuse to the police.

According to the Open Society Foundation, there are many reasons people decide to sell sex. Some do it because it offers better pay and more flexible working conditions than other jobs, some to explore and express their sexuality, while others are driven to sex work by circumstances like poverty or lack of better options.

Sex work is also regarded as a human rights issue - no different to other jobs.

Research has also shown that decriminalisation is the best way to reduce violence against sex workers; it also helps them to enforce labour rights and helps reduce infections, such as HIV.

The man accused of the kidnapping and murder of escort Siam Lee refused to answer questions about the alleged rape of a sex worker.
News
4 years ago

There are those who argue that criminalisation of sex work results in abuse of sex workers by the police, and it also increases stigma and discrimination.

As we mark the 16 Days of Activism for No Violence Against Women and Children with a theme #Hearmetoo I thought it appropriate to look at the reasons advanced by those who support decriminalisation as a human rights issue.

#Hearmetoo is undeniably a theme that most sex workers would identify with.

There are those who are vehemently opposed to sex work. Mickey Meji, who was once a sex worker, has this to say: "Women do not choose prostitution, it chooses us. Women in prostitution do not wake up one day and choose to be prostituted. Prostitution is chosen for us by the injustices which set the stage for us, including but not limited to our colonial past, apartheid, poverty, continued inequalities and past sexual and physical abuse.

"As a woman with first-hand experience of the commercial sex trade, its harm and its dangers I know that those who sell sex do not benefit from the oppressive full criminalisation of the system of prostitution which currently exists in SA.

"All this policy has achieved is to increase women's vulnerability to violence from the men who buy them in the system of prostitution and the pimps and brothel keepers who sell and exploit us for financial gain.

"The hazardous conditions faced by prostituted women are made even worse by laws which treat us as criminals [and] as the scum of society."

Meji said survivors of the sex trade want to be fully decriminalised and feel that extending decriminalisation to pimps, brothel owners and sex buyers would only conceal the abuse and violence that mainly poor and black women experience at their hands.

She argues that sex buyers, pimps and brothel owners must be held fully accountable for their actions.

Siam Lee's final moments before her death were revealed in the Durban Magistrate court.
News
3 years ago

Meji's contention is that "many of the women who are bought, sold and exploited in this very exploitative trade enter as young girls, some as young as 13 years old. Those who buy them for sex are always adult men as are those who sell them for profit."

This, she says, is a clear example of the enormous imbalance of power between those who are vulnerable and those in positions of power.

"I have never met a woman who grew up wanting to get into prostitution. I have never met anyone in the sex trade who was happy to be there, everyone just wanted to get out and get 'proper and decent' employment."

This system was pioneered in Sweden in 1999 and it has been adopted by Norway, Iceland, Canada, Northern Ireland, France and the Republic of Ireland.

It is based on the principle of gender equality and recognises the various other inequalities that cause women to enter the sex trade. Meji says SA needs to catch up with this trend as an embodiment of what true equality is all about.

The debate on sex work is not easy, as it is often fuelled with moralistic and human rights lenses. All of us must engage as there are no easy answers on both sides.