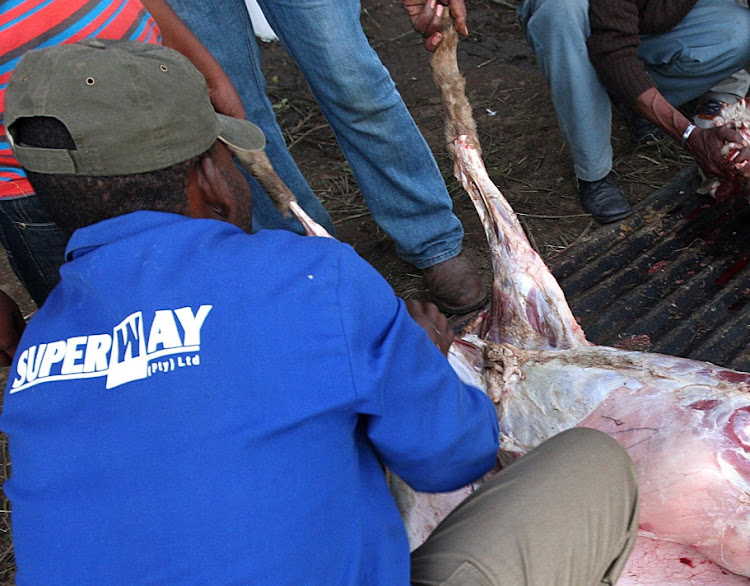 What is it with black families and the curious case of the theft of meat at funerals?

Every second funeral one attends is mired with the story of plastic bags of red meat or pots of chicken pieces mysteriously growing legs, leaving the cooking committee tasked with feeding the hundreds of mourners bamboozled.

I guess it all starts with how we conduct our funerals. During funerals our homes become all- access venues for many community members who we would not even invite past the threshold under normal circumstances.

Suddenly, the neighbour that you hardly mingle with has free access to your bedroom and lounge during the funeral week.

This is when thieves see an opportunity to pounce.

During the mourning period, family members are so spaced out in grief, they make hazy decisions and are not even remotely vigilant. Culture also dictates that family members not be actively involved in the preparation of food during funerals. Cloaked under the spirit of ubuntu, the thief will make himself or herself the associate of the chief mourners so that by the third day of evening prayers they are well acquainted with the layout of the house.

There are fears of violence in KwaZulu-Natal as the deadline for white and Indian funeral parlours not to work in townships looms.
News
4 years ago

In extreme cases, I have heard of stories where these meat thieves went to an extent of copying the keys to gain access to the house. As a measure of control, many families will elect a strict aunt who will be the key holder of the special room where all valuables will be kept.

Friday is the D-day for these heartless robbers. In the confusion of the remains of the deceased arriving in a coffin for a final farewell, they are alert to the fact the loved ones of the deceased will be keening over with loss and at their most vulnerable.

At a recent relative's burial they bought 10 plastic bags with five kilos of beef in each bag, in anticipation of the masses expected to descend the next day. When the time came to cook the various stews the family was left aghast that someone had the audacity to steal four bags of meat.

By the time the grieving family discovers this theft in the wee hours, it is too late to go to the shops and replenish the stock. This can cause unnecessary chaos if there is not enough food to serve mourners the next morning.

What is more interesting is when the theft is an inside job. Many families are not on speaking terms to this day after the meat thief at a funeral was found to be their relative. A friend's aunt has been excommunicated by her relatives after she stole two boxes of chicken drumsticks when she pretended to head the committee frying the chicken portions. Unfortunately for her, a child told on her.

At weddings and parties it is usually the cool drinks and alcohol that disappear.

The best way to avoid all this drama is to hire a catering company that takes care of all the cooking without all these headaches, though not many families can afford this option.

Beware, though, some guests have been known to walk home with the hired table centrepieces, leaving the host with a staggering bill from the catering company.