Absent and temporary dads felt most in festive season 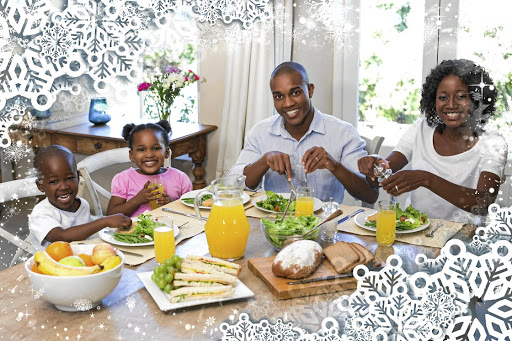 Christmas is a time for family gatherings and exchanging of gifts./123RF

My grandmother's kitchen was always the busiest room on Christmas morning. It would be so hectic that we, the young ones, would have to respond to any name called out by the aunts and uncles.

As long as you were the nearest child, you heeded the call and did whatever was asked of you, including fetching a spoon from the kitchen drawer for the aunt who was chopping vegetables a mere metre away from the drawer.

On one such industrious morning, I witnessed an encounter that has remained embedded in my memory since age 13. A younger cousin, whom I was not familiar with, was swinging past pinafores and stamping her dirty hands on the fridge when she knocked herself on my uncle's knees.

She looked up to identify the culprit who had just hurt her pretty face. Then, in the cutest confrontation ever, she asked: "Who are you?"

She was speaking to my uncle.

He was her father. At the age of six, this was news to her. This is a little girl who had passed the scrutiny of visual paternity determination by the family. Hand and ears, and that nose, it was indeed my uncle's child, according to the family matriarchs. Her last name was his, just like many other children had inherited his precious last name.

She was his daughter, and his fatherhood had never extended to any parental duties, save for receiving news that she was crawling now, walking, talking, ready for creche, started school and looks a spitting image of him.

My uncle was a great lover, and an absent father to many children. He was an extreme case of what is happening to many families today.

Recently, when I spoke to a friend about arrangements for the festive holidays for the kids, I realised that the temporary father is also just as bad.

I have raised my son in his father's absence. Our festive plans revolve around my family.

While my son has no relationship with his father, save for a few kept photos and fading memories, my friend is dealing with a different struggle. The man will be getting his bonus next week. He will fetch his son, and buy him all the toys that she cannot afford.

He will take photos of himself with the kid, and flood social media with images of the few hours he has dedicated to his child this year.

He will be applauded and lauded as a great father. Many sweet captions, many likes, many praises.

Then, two weeks later, he will return the kid and get back to his busy life. He will deposit R1000 every month for maintenance and randomly post pictures of the kid on his WhatsApp. Then, if he remembers, he might call on the kid's birthday.

This has become a sad reality for many single mothers of my generation. Let us brace ourselves for the festive season, Fatherhood Olympics!