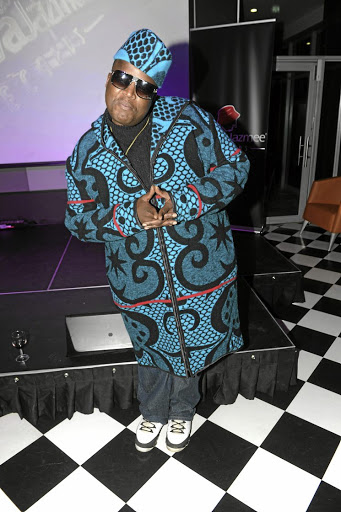 Another musician is no more and yet another drama is playing itself out after his death.

The two parties are embroiled in an ugly public spat over the latter's claims that she's married to HHP, born Jabulani Tsambo.

But the Tsambos are steadfastly refusing to acknowledge Sengadi as their makoti, insisting she's HHP's ex-fiancée.

Sengadi, meanwhile, is adamant she's the wife of the fallen rapper - who allegedly committed suicide at his Randpark Ridge house last week.

The contention between the two parties has overshadowed the death of such a talented musician.

It reportedly started after Sengadi and her mother went to HHP's house on the day of his death and requested, among other things, the deceased's house keys, bank cards, wallet and cellphone.

The family said Sengadi was not entitled to the house keys.

This means she doesn't belong to that house, hence she and her mother were barred from entering the property.

The family of the late rapper HHP have told his "wife" Lerato Sengadi to get lost. In a fiery statement released yesterday, family spokesperson ...
Entertainment
3 years ago

Like in the previous dramas, we are wandering whether the latest episode is caused by greed and money?

The Tsambos are somewhat trying to protect everything that they believe belongs to HHP.

Although we don't want to point fingers, we are disturbed by the timing of the whole drama. This is a moral cesspit.

I doubt if we will be asking too much from everyone involved in this drama to remain calm and show respect to each other during this time of mourning.

Let them celebrate the life of HHP and give him a befitting farewell on Saturday.

He loved people and he was adored and revered by many for the person and musician he was. His colleagues in the industry also respected him for his goodwill.

He opened doors for many artists from his hometown of Mahikeng, North West, to make it into the dog-eat-dog world of music.

He remains an inspiration as much as he was a mentor to most of these artists.

We will always remember this giant musician for his invaluable contribution to SA arts and Setswana music in particular.

His legacy needs to be protected.

'I will not cower, they will not break me' - Lerato Sengadi's letter to HHP

Media personality Lerato Sengadi paid tribute to her late partner Jabulani 'HHP' Tsambo in a letter she read out during the rapper's memorial service ...
Entertainment
3 years ago
Next Article