Spare a thought for VBS victims 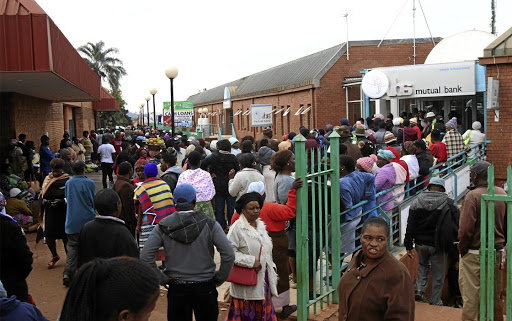 Political parties continue to take pot shots at each other as each tries to score points from the VBS scandal. As someone quipped on social media the other day, the approach adopted by the main political parties seems to be that of "my corruption is much better than yours" or "I may have stolen, but the other guy stole more than me".

This race to the bottom reflects the moral and leadership crisis we are in as a country. But more crucially, it is a reflection of the scant regard that is often given to ordinary people by our political elite.

The Great Bank Heist, as the VBS looting has come to be known, directly hit the pockets of the poor the most.

Thousands of poor people - some of them pensioners - deposited their life savings and stokvel money with the bank.

But as a result of impropriety on the side of executives at the banks, acting in cahoots with politically connected individuals, these ordinary people find themselves unable to access the money they worked hard for.

Honest employees of the bank, who had nothing to do with the scandal, are now being laid off as the institution no longer has money to pay them salaries.

Yet all what the main political parties are concerned with is blaming each other for the mess. Nothing is being said or done to help the innocent and poor victims of the "heist".

It also speaks to the moral degeneration of our political elite that only VhaVenda king Toni Mphephu Ramabulana has offered to pay back "any amount which will be shown to have been proceeds of the illegalities" at the bank. The other alleged beneficiaries of the scheme remain mum or refuse to take responsibility.

Although it is commendable that the king is willing to own up, questions remain as why it has taken him this long to do so. Surely as a responsible leader of his subjects he would have asked how all the "gifts" he was getting from those implicated by the scandal were funded.

Anecdotal evidence suggests that the bank was useful for the community it served before the executives turned it into a self-enrichment scheme. Whatever the outcome of investigations, the state should ensure that the institution is rescued from extinction for the benefit of the people.

Ramaphosa: I did not fail to take action over VBS saga

President Cyril Ramaphosa has denied that he failed to take action in the VBS Mutual Bank saga.
News
3 years ago
Next Article