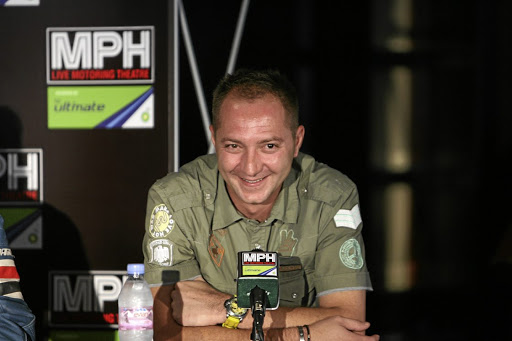 Sasha Martinengo was fired from his job for calling Julius Malema a monkey. The writer says in the South African context, the word has been injected with racist venom.
Image: Elvis Ntombela

That Julius Malema is in the habit of rubbing people up the wrong way every now and then is an established fact.

For the record, I have over the past few years - even when he was still president of the ANC Youth League - crossed swords with him on a number of issues.

But his effervescence does not justify anyone insulting him, especially if the epithet is couched in racial supremacist language.

I therefore welcome the decision by management of @Hot91.9fm to fire Sasha Martinengo, one of their DJs, for referring to the EFF leader as a monkey.

That Martinengo has since apologised for the slur is cold comfort to Malema and many black people who justifiably took offence.

As a media person, Martinengo is familiar with the country's laws pertaining to hate speech. Even if the DJ thought the motormouth politician deserved a dressing down, he had to think carefully about how to phrase his opprobrium.

Hot91.9fm has fired presenter Sasha Martinengo after he referred to EFF leader Julius Malema as a 'monkey' on air.
Entertainment
3 years ago

On the face of it, the word "monkey" might seem an innocent and appropriate word to put someone on the straight and narrow. The same could be said for the word k*****.

Linguistically, it's a neutral Arabic word for "nonbeliever" - a person who doesn't subscribe to Islam.

Logically, the word "k*****" shouldn't apply to a race group. Which is to say the majority of white people in this country could be referred to as k*****s because they don't subscribe to Islam.

However, in the South African context, the word lost its innocence a long time ago. Over the years, it has been weighted with ideology, and injected with racist venom.

The word is not pronounced in a tone that will warm anyone's heart. It is barked out in an aggressive manner that will leave people in no doubt that it is meant to hurt and denigrate.

The same can be said of the words "monkey" and "baboon". Wherever these words have been used in our painful history in reference to human beings, the recipients have been black people; and the intention, as the Penny Sparrow case reminds us, has been to hurt and denigrate.

While the colonial and the apartheid regimes had laws that entrenched racial hatred and prejudice, our post-apartheid society now has laws that criminalise hate speech stemming from racial, religious, cultural and gender prejudice.

It is against this background that I must agree with the EFF when it contemplates opening a criminal case against Martinengo.

Martinengo was removed from his post at the North Riding-based radio station on Tuesday with immediate effect following his utterance.
News
3 years ago

When the Martinengo story hit the public domain, EFF spokesperson Mbuyiseni Ndlozi tweeted: "We welcome the firing of Sasha Martinengo, @Hot91.9fm DJ who called CIC (commander-in-chief) Malema a monkey. However, we will not end there. We will, through our branches in Gauteng, be opening a criminal case against him."

To the station's credit, managing director Lloyd Madurai said in a statement: "This morning an unfortunate and completely unacceptable incident took place during the Breakfast Show whereby, during the course of the broadcast, a reference was made by anchor presenter, Sasha Martinengo, who said 'and people still listen to this monkey', referring to Mr Julius Malema.

"Notwithstanding the presenter's immediate and unreserved apology, the station has forthwith elected to remove him from all involvement with the radio station with immediate effect. Furthermore, the station hereby issues a public apology to Mr Malema and deeply regrets any adverse inference that the conduct of the presenter has had."

Spewing racial hatred and prejudice is a crime. Martinengo must be punished accordingly if South Africans are to embrace the ethos of a future that doesn't tolerate racial prejudice.