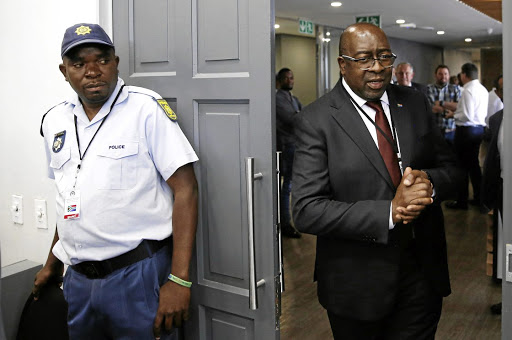 One of the lessons I have learnt from all the years of closely watching the sad soap opera that is the demise of SA as a model of good governance and service leadership is that one should always guard against being distracted from whatever is the issue at hand.

We have highly skilled tricksters in our politics; individuals who have mastered the art of changing the narrative and shifting the people's attention elsewhere whenever they or their associates are in trouble.

Of course there have been many instances where this strategy hasn't worked, where they found themselves still having to account for their misdeeds or omissions even though they had tried to kick up as much dust as possible to confuse the rest of us.

But where it has succeeded, it delivered spectacular results. Take for instance the aftermath of the 2005 Schabir Shaik corruption case ruling.

The only question confronting the nation after that damning judgment, which implicated a sitting deputy president, was whether the National Prosecuting Authority would charge Jacob Zuma or not. Instead of a straightforward prosecutorial decision, what followed was a political narrative that changed the entire game and resulted in Zuma's day in court being delayed by 13 years (and still counting).

Instead of prosecutors taking their decision based on law and the evidence, decision makers allowed themselves to be entangled in the political noise emanating from the claim that Zuma was a victim of a "political plot" to stop him from becoming president of both the ANC and country.

This narrative contributed much to Zuma's spectacular rise from being the first deputy president to be fired to becoming SA's president.

The same can be said about his rape trial. Zuma was acquitted on the charge that he raped Fezekile Kuzwayo, daughter to one of the late hero of the Struggle, Judson Diza Kuzwayo. But, the issue was turned from a criminal case into a political issue.

Each day Zuma appeared in court, hundreds of supporters would gather outside the building. Most of them never bothered following the evidence; all that mattered was that their hero was a "victim" and not his accuser.

When the court eventually acquitted him, to them it was not a matter of the state failing to prove its case beyond reasonable doubt, but vindication of their long-held belief that Kuzwayo had been "bought" to lay "false" charges against Zuma in a "bid" by a faction in the ANC and government to stop him ascending to power. That the court made no such finding didn't bother the multitudes who danced triumphantly up and down the streets of the Johannesburg CBD.

There are many other examples, from the "original sin" of the arms deal to Nkandlagate, where counter-narratives were invented to encourage sections of the population to overlook the issue. Yes, the most recent example was the whole "white monopoly capital" charge as a counter story to revelations that the Gupta family had bought themselves control of sections of our national cabinet - as if it was some private company.

With the Zondo commission in full swing, it is no surprise that those who have an interest in this body failing to arrive at the bottom of the state capture project would try to shift our attention away from important revelations.

A few days before finance minister Nhlanhla Nene appeared before it, stories started doing the rounds on social media claiming that he was about to resign after being caught with his hand in the proverbial cookie jar. The sources of these claims were unclear but the story was distributed so widely many started to believe there was some truth to them.

As is often the case, the social media messages mixed fact and fiction. They combined genuine questions raised by the EFF in parliament about Nene's relationship to the Guptas with unfounded claims he was about to "fall on his sword" or be fired by President Cyril Ramaphosa. When Nene finally appeared and the said resignation failed to materialise, the narrative changed.

Instead of focusing on his startling claims that Zuma tried to bully him into approving an unaffordable nuclear deal with Russia; and that Nene was fired as minister just hours after he recommended that the then president's friend - Dudu Myeni - be removed as SAA's board chairperson, we were supposed to find Nene an unreliable witness because he had visited Saxonwold on several occasions.

Indeed the finance minister showed poor judgment doing so, especially after the allegations about their conduct had become a national concern. He may well have some uncomfortable questions to answer if the EFF does indeed make good on its promise to expose his alleged misconduct.

But all of that does not take away from the damning evidence he presented. Zuma, former energy minister Tina Joemat-Pettersson, and all others he implicated have to do the honourable thing and appear before the commission.

If they have an alternative story, let it be told to deputy justice Zondo, not on social networks where it cannot be tested and the objective is to undermine official processes in the eyes of the masses.