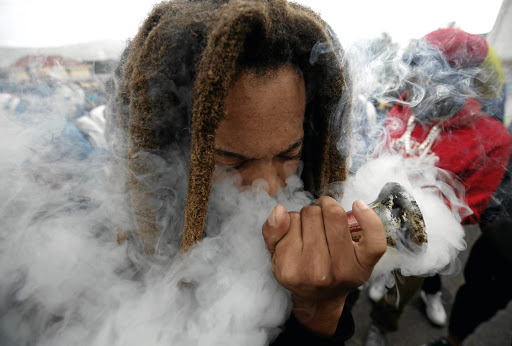 Alcohol is a much bigger problem in society, but it must also be remembered that dagga can be susceptible to abuse if mixed with other drugs, says the writer.
Image: REUTERS/ Mike Hutchings

The party was popping, booze flowing, Peter Tosh crying from the speakers, "Legalise it, don't criticise it."

And, yes, at this party at a private house in the then whites-only suburb of Berea in Durban back in 1986, I was to discover that not only were our white fellow countrymen smoking "it", but they were also doing some crazy things with "it".

I must admit that, like Barack Obama who admitted that he used to smoke "it" at university, by the time I got to tertiary I had been smoking "it" for a while.

So, back to this party. I smoked "it" a bit. Consumed some beers. And then I suddenly felt famished.

Lesle', who was a fellow boarder at this commune, had baked some special cakes. I tucked into them with an appetite that would have impressed Khulubuse Zuma.

Mzansi on a high as court gives blessings to the herb

A haze of smoke filled a Soweto resident's shack as he celebrated judgment which decriminalised private use of dagga in SA.
News
3 years ago

Suddenly the music sounded louder. People's voices sounded as if they were being amplified through loud speakers. The room started tilting.

"Earth quake!" I shouted. "There's an earthquake, everybody run for cover." I staggered about the room, holding on to chairs and walls.

In no time at all, I was on the floor, the room still rocking. Suddenly my friends had crowded around me. Some were laughing their lungs out; others looked stricken, their white faces paler than those of ghosts.

"What has happened to him?" somebody asked. Another one offered, "Relax, he'll come around. He just had too many of the special cakes."

I was helped to my feet and plied with lots of water. After a short snooze, I was back on the dance floor. 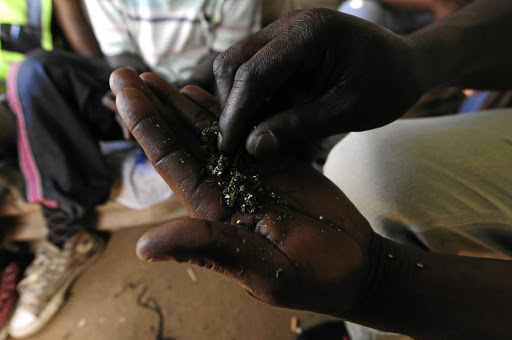 A man prepares to make a joint which is now legal to smoke.
Image: SANDILE NDLOVU

Every time I asked these white mense what happened, they would just laugh. I then learnt that the cakes I had been eating with such gusto were laced with "it". Lots of "it".

This week's Constitutional Court ruling to decriminalise its use is a major breakthrough. Now individuals will not face arrest if found in possession of "it" and they can prove that they were not intending to sell "it".

It was always silly to criminalise a natural herb that has over centuries been central to the indigenous economy, and to some of our African rituals.

When colonisers set about suppressing our pride in ourselves as Africans, "it" fell within the category of things that the colonisers thought undesirable.

But, the reasons for its condemnation were deep and political. Where it was cultivated on large tracts of land, blacks did not have to leave their homes and seek employment in the cities, or on white farms. They grew "it" and sold it.

"It" has been used to treat an array of ailments ranging from asthma to hypertension. It helps newly born babies cope with colic. Some strains of it can be made into fabric to make clothes!

Because white indoctrination is so powerful, many black people suddenly saw "it" as an evil incarnate. They believed it made people lazy.

'I would have said no to dagga smoking': Bheki Cele

People would not be allowed to grow and smoke dagga in private if police minister Bheki Cele had his way.
News
3 years ago

Let me disabuse you of that notion. Obama smoked it, so did Bill Clinton. Many powerful people in this country use it; but they are loathe to admit it because "it" carries such a horrible stigma.

Alcohol is a much bigger problem in society, but it will never be condemned with the same religious zeal as "it" is. Why? Because the alcohol and tobacco industries are owned by rich white families who run our economy; the Ruperts and all of them.

That having been said, it also has to be remembered that "it" is susceptible to abuse, as I have illustrated in my personal story.

When you mix it with cocaine and other substances, and you ingest it in food, you are likely to act anti-socially, thereby confirming social prejudices against "it".

Now, light up and feel irie. And forget about state capture and other national headaches.