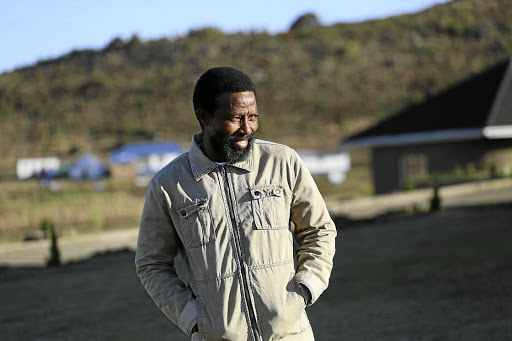 There have been calls for the release of Thembu King Buyelekhaya Dalindyebo from prison. He was jailed for kidnapping, assault and arson in 2015.

The Thembu king was jailed for kidnapping, assault, arson and defeating the ends of justice and ever since his incarceration, the Congress of Traditional Leaders of SA (Contralesa), like others, have requested the monarch's release from prison.

In January, Xhosa King Mpendulo Sigcawu asked President Cyril Ramaphosa to speed up this process. However, months have gone and there has been no word from the president on the matter.

It seems that Ramaphosa, like his predecessor, is reluctant to grant King Buyelekhaya Dalindyebo a presidential pardon.

Arguably a presidential pardon for Dalindyebo may present a political conundrum for the president as many maintain that the monarch's incarceration was justified given that the criminal charges were proven in a court of law.

However, the prosecution, conviction and sentencing of Dalindyebo demonstrates a yawning gap in our jurisprudence. His case is a perfect example of customary law subjugation in the new political order; and lack of reform in our jurisprudence has also not been helpful.

The law of the West remains supreme. Common law in South Africa remains dominant in stature, particularly over the existence of customary law, which was only recognised as a result of treaties and set in accordance to restrictions such as the repugnancy clause (that customary law may not go against natural law, good morals or public policy).

Common law is a branch of the judicial system that is highly developed, while indigenous law, which is recognised as part of our hybrid legal system, remains stagnant and undeveloped.

According to the African Charter, the entire SA legal system must be re-examined critically with an aim to free indigenous law from the effects of colonial domination and aim to develop a legal system that reflects the true values of a new democratic South Africa.

However, this has not happened. We should thus question whether customary law is able in this day and age to function justly in our democratic dispensation given the nature of tradition.

Furthermore, the debate has intensified whether customary law directives are able to respond to fundamental rights which are afforded to all who are citizens of the Republic, including those who are subject to traditional leadership.

Acting king of the abaThembu vows to free jailed father

Within days of being installed as the acting king of the abaThembu‚ Prince Azenathi Dalindyebo has made his first line of business a fight to free ...
Lifestyle
5 years ago

Notwithstanding that customary law is widely accepted as a major issue that needs to be addressed among the well-established gender-concentrated issues, what has become recently evident is that the stagnant law is at the mercy of contemporary governance, post-oppression.

Dalindyebo's main defence was that he did not have any intention to act criminally. As king he was merely administering justice in accordance to customary law.

This is a valid defence in terms of customary law, however, because it is undeveloped and thus misconstrued, his defence was ignored.

The courts of South Africa are not yet in any position to appreciate the veracity of customary law in its current form.

The nature of customary law goes against the pretext of democracy. Dalindyebo administered "jungle justice" and albeit barbaric, it is only the outcome of colonialism.

Dalindyebo, through his actions, performed his judicial duties bestowed upon him as he understands the law of African custom.

And, perhaps it is failure of the legislator to enact laws that govern traditional courts that the monarch is sitting in jail.

That there is no legislation can only be viewed as a failure of the national government to act accountably.

The Traditional Framework Act does not deal with the rule of law and the administration of justice in traditional communities.