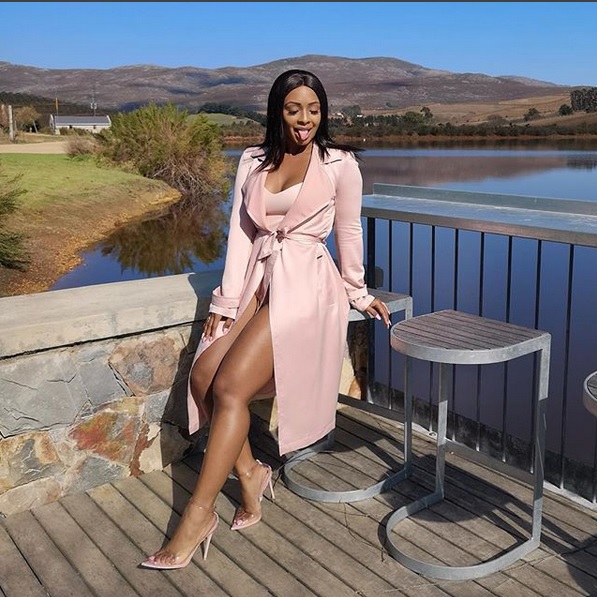 Three months ago, on the eve of the launch of one of my books, my boyfriend sent me a Tedtalk video. The talk, titled Teach girls bravery, not perfection, by Reshma Saujani, was exactly what I needed to hear and I hadn't even been aware.

I was nervous leading up to the launch, my first publicised launch since the infamous Bonang Matheba's From A to B.

The talk was centred on how we fail our girl children by raising them to chase perfection while boys are taught to be brave. And that night, what I needed the most was to be brave, not to have a perfect book.

Why am I thinking about this now? Because the tricky think about lessons is that sometimes we forget them and need to be reminded, and sometimes it is by the unlikeliest of sources.

As a consumer of pop culture, Boitumelo Thulo, popularly known as Boity, is not a brand I am influenced by. I know her, I know of her but I am outside of her influential reach.

However, when she mentioned that she had decided to go into music and was releasing a song, my interest was piqued.

And as fate would have it, on the morning that I needed to travel at six in the morning - I usually don't get out of bed before eight - she was to be debuting the song on a radio station I never listen to.

Be fearless, lest you teach your children the art of fear

Have you ever just sat and observed children and realised how happy they are? How carefree? I envy a lot of things about the lives children live, ...
Opinion
3 years ago

But I tuned in nonetheless, to listen to a girl whose work I usually don't follow on a radio station I never listen to.

I readied myself to critique her. I am not proud of this, but call me a product of my society.

I was really pleasantly surprised by the song, but mostly by her guts.

Where had she gotten the courage to do this? Surely she ought to have known that people would talk, that there was a possibility of the negative outweighing the positive?

And that is when I recalled Saujani's TedTalk and was grateful to the boyfriend - he had not only seen it, but knew to send it to me.

Boity may have only set out to fulfil a personal goal in taking her most recent route, but she has in my view heeded Saujani's call to teach girls to be brave.

It takes guts to enter such a highly contested field, especially when you are already a body that is vulnerable to critique.

Boity is here to kill the rap game with her "Bad B" musical alter ego.
Lifestyle
3 years ago

The hip-hop scene is a pool of testosterone, and I believe that she probably needed the cushion of debuting with an already established male body.

Will I be buying the song? No, it really isn't my cup of tea. Will I be listening to the said radio show again? No, the host really can't help the misogyny that spills out of his mouth every five minutes.

But I will remain completely indebted and grateful to Boity for her display of courage, incidental as her lesson may be, because I don't think that it is what she set us out
to display.

But by rising up to walk bravely in the direction of her dreams, she has reminded me of the one thing, I want most for my sister who has just turned 28, to always remember to choose to be brave over being perfect.