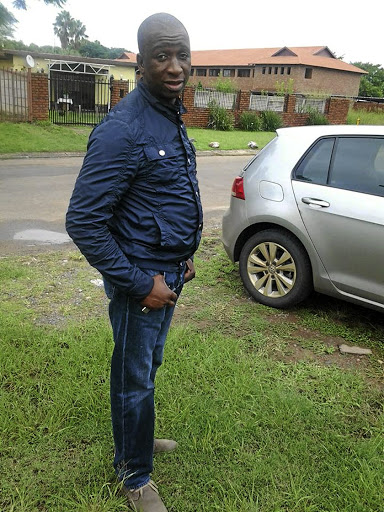 Maluta Makumule has not paid his subcontractor in full since 2016.
Image: SUPPLIED

The trend of main contractors failing or delaying to pay their subcontractors contributes to the deterioration of the health of the construction industry.

The Master Builders Association (MBA) North has therefore called on industry players to enter into a dialogue to address the issue or risk more job losses and bankruptcy.

This could be demonstrated in the complaint of aluminium supplier Hendrick Mashambye, 55, of Sophiatown in Johannesburg, who says he has not been paid his money in full though he completed the fitment of aluminium windows in 2016.

Though the contractor was paid R2.6m on completion of his contract, Mashambye said he was still begging to be paid.

Mashambye said around July 2016, he received a call from a project manager, inviting him to give a quotation for aluminium work they needed to be done urgently.

His quotation of R230 000 was accepted and he was given the go-ahead to deliver, even though he was not paid the 50% deposit he had asked for.

On completion, Mashambye was paid R175 000 in dribs and drabs. "Two years later I'm still getting excuses and unfulfilled promises, instead of payment," he said.

Mashambye said this was killing his small business as he must always have cash to buy material. "Suppliers of aluminium want cash from small business because we don't have collateral or credit sure to insure our credit."

Clients has to pay Avis overdue fee.
News
3 years ago

Enwee Human of MBA North said the continuing trend of main contractors delaying payment of their sub-contractors or defaulting altogether was a symptom of the deteriorating health of the construction industry.

Nico Maas of Gauteng Piling and a member of the MBA North, said his company had seen a steady increase in non-payment by contractors over the past seven years. He said he had 22 permanent employees and the survival of his company was being threatened by non-payment.

"Because of non-payment, my company has lost approximately R9m in profits and has outstanding debt of R11m at this point," Maas said.

Christo van der Merwe of Yellow Dot Coatings said while awaiting payment from the principal contractors, they still have to pay employees.

Mashambye said sub-contractors find themselves uncertain as to when to expect payment from contractors, but still have to pay suppliers within the payment terms.

Maas, Van der Merwe and Mashambye believe that a solution could be for project funds to be held in a trust or project-specific account so that they can be quickly released once each project phase is certified complete by an independent third party.

Owner angry that dealership washed his engine.
Opinion
3 years ago

"I also believe that sub-contractors should be preferential creditors when a company is liquidated", said Maas.

Human said smaller companies cannot grow if they are consistently not paid. "We need to sit down as an industry and work out strategies to solve these challenges. It is to nobody's benefit if companies, big or small, are hamstrung - the country will not get the infrastructure it needs and we will not create jobs. Our industry is in trouble and we must take action," he said.

Maluta Makumule, MD of Sohlangana Trading, undertook to pay Mashambye his balance but had not done so at the time of publication.

He has been making these promises to Consumer Line for the past three weeks.