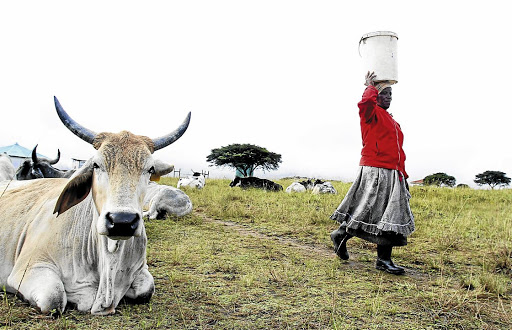 The majority of black people in the townships and rural areas don't know what Black Economic Empowerment looks like, the writers says.
Image: Yandisa Monakali

The DA, as is now its wont, has generated another storm in a teacup. This time around, it did so by biting its tongue on Black Economic Empowerment (BEE).

For some reason, the DA excites violent reaction from self-appointed spokespersons of black people whenever the party touches the race question. The party would do well not only to fine-tune its policies on race, but to select within its ranks grounded spokespersons who don't bite tongues whenever they speak about black people.

The bigger point, though, is not about the DA's communication bungle; it is about the fact that the BEE model implemented over the past 24 years has failed to empower the majority of black people.

In his international best seller, Sapiens: A Brief History of Humankind, Yuval Harari makes the following sad but true observation: "History is something that very few have been doing while everyone else was ploughing fields and carrying water buckets."

Indeed, the BEE of the past two decades is the money that has been flowing into the pockets of very few black elites while the masses of black people were toiling and carrying water buckets.

Little evidence dramatic performers EFF capable of achieving much after 'pay back the money' campaign.
Opinion
3 years ago

The people who make noise whenever there is a BEE controversy are the very same people who have benefitted from BEE, or those who are in the queue to benefit. The majority of blacks in the townships and rural areas don't know what BEE looks like. They have never seen it.

The best model of economic empowerment is the one implemented by Afrikaners in South Africa. It should be remembered that Afrikaners were once poorer than black people are today.

At the time, the economy of South Africa - based solely on mining - was wholly owned and controlled jointly by the English and the Jews. The Afrikaners could neither be shareholders nor managers of the mines. To empower themselves, the Afrikaners did not demand to sit on the boards of English-owned companies. Nor did Afrikaners demand that Jewish-owned companies must procure input material from Afrikaner businesses.

How, exactly, did the Afrikaners do it? They used four instruments: the farm, the factory, the school, and the state. From 1918 onwards, Afrikaner intellectuals mobilised funds from their farmers in the Cape to form helpmekaar (self-help) schemes such as Santam and Sanlam.

From here the Afrikaners proceeded to form many other collective schemes, including cooperative banks, burial societies, and so on.

It is true that English and Jewish mining moguls did eat food produced from Afrikaner farms, just as white people across the world have cherished diamonds and gold produced by black hands - even though whites have a history of racism against blacks.

We all need to confront the race issue

It's tough for the black and white mind to look within, but both will benefit.
Opinion
3 years ago

The Afrikaners also established their own factories in the form of parastatals and real private sector companies. Eskom and Iskor are pioneer-parastatals created to provide jobs to multitudes of poor Afrikaners. Rembrandt was among the first flagship private companies formed by and to employ Afrikaners.

The third instrument of Afrikaner economic empowerment was the school. Afrikaners built public schools to give their children quality education. They did not take their children to private English schools.

The lesson for blacks is that no BEE model will ever work if it does not massify the provision of quality education to black children.

The fourth instrument of Afrikaner empowerment was a very powerful one - the state. There is no society in the world that has transformed itself from poverty to wealth without the state playing a crucial role.

Even the English in South Africa needed state support to succeed. When they tell us about BEE, we must ask: Why do you need us now when all along you have been eating alone?