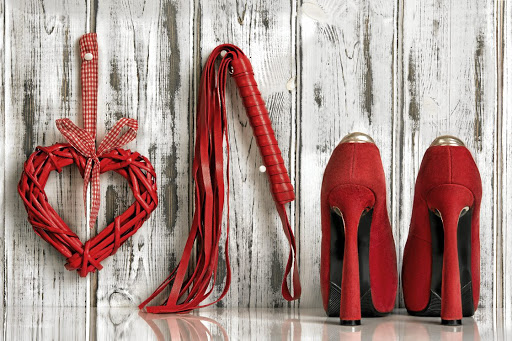 Fetishes and sexual desires shouldn't be hidden, the writer feels .

I have always loved Meat Loaf's classic hit, I'd Do Anything for Love (But I won't do that).

The meaning and essence of the song changed as I grew older. The lyrics finally became meaningful and gained weight some time in my 20s, when I learnt and accepted that perhaps unconditional love is reckless and senseless.

From what I have observed, we all have some condition or the other, and limits, especially when it comes to intimacy.

A friend recently asked me whether asking "do you come on top?" was an appropriate question for a first date.

In fact, he wanted to enquire if the woman I was setting him up with for a blind date was as sexually liberated as he is.

Such simple things might break a relationship if the other party is violently opposed to them.

I, of course, encouraged him to ask her about it when they met.

In fact, I feel that such conversations should be dealt with as early as starters on a date; before the main course.

I cannot be finding out that you are disgusted by my appetite and sexual expression after my bra is off. And I really should not be seeing you for a second date if I'm repulsed by your preferences.

We all do weird and wonderful things for love. We should also be free enough to say when we are not able or willing to accommodate some things. What is 'that thing' you would not do for love?

Although no one will readily admit to it, the fact is that everyone has had sex dreams at some point in their lives.The nature of the dreams can be ...
Good Life
4 years ago

Fat or lean: does size matter in bed?

When it comes to sex, everyone has a theory. We have all heard theories about different ways to spice up your sex life, food that gets you in the ...
Good Life
5 years ago

Do you have a sexual fetish?

A fetish is like having a specific fantasy that turns you on and allows you to achieve sexual gratification. Anything can be turned into a fetish ...
Good Life
7 years ago

In fact, there are thousands of unnecessary relations that prevail only because the parties omitted to do a little due diligence.

But we will still go on and discuss current affairs and the price of petrol and pretend as if dates are spaces for IQ tests and beauty contests.

Then we will end up like my friend, who discovered a smaller-nyana but important detail on the day of his wedding.

At the alter, that is, just after the vows and that defining moment when the priest pronounced them husband and wife.

His new wife shook her head and said "hhaaaa, not ubabami an'ibhekile, shem. (not while my father watches)", in objection to that romantic first kiss as newlyweds.

And with that, their wedding album has a photo of them shaking hands!