No one in feared gang was a Msomi, leaving me to always explain 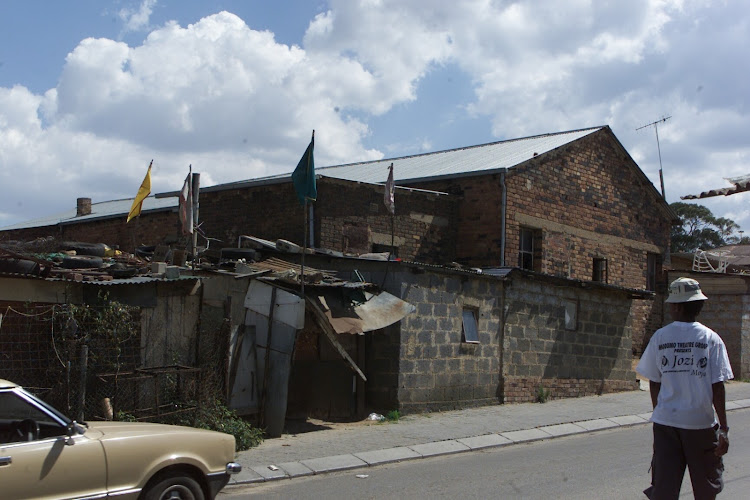 Here's a thing, there was actually no Msomi among members of that criminal gang that used to terrorise Alexandra and other parts of Johannesburg in the 1950s.

Yet this does not stop older people - especially those who lived in the City of Gold through the 60s and 70s - from calling out "Msomi Gang" whenever I introduce myself by my surname.

If I happen to be accompanied by friends, it is not uncommon to end up being called "Msomi and the Gang", as if we are some boy band.

On a few occasions I have found myself having to give a brief history lecture - telling them about the origins of the gang and how it ended up using the surname of a people named after a bird - the red-winged starling.

The Msomis, as the gang was sometimes called, were one of a number of American-style criminal groupings that had mushroomed in the post-second World War Johannesburg that was characterised by rapid industrilisation and urbanisation.

The leader was one Shadrack Richard Matthews who is said to have operated the gang's "office" on the corner of Selbourne and Twelfth Avenues in the township under the guise of it being a "rent collection agency".

His right-hand man? One Ginger Mashiane, who apparently had a reputation as a gun slinger of a sort.

Third in command was Alec Dube, who apparently went around the neighbourhood extorting "protection money" from local businesses and individuals. Those who refused to pay would find themselves constant victims of violent crime.

"The Msomi guys were bad news," said a member of a rival gang, Paulus "Cisco" Tefo, when he was interviewed in the 1980s in Learn & Teach magazine.

"They robbed and killed their own people. All of Alex hated them. But we were not like that. We were thieves and fighters. And we only stole from the rich and from the shops in town. Then we sold the goods to the people at a lower price. But we never killed our people," continued Cisco.

The past weekend brought to the fore a political tendency that has been slowly gaining ground in the ANC. The first signs of it emerged in the run-up ...
Opinion
3 years ago

But how did this gang of Jozi "clevers" end up with such a name in an era where gangsterism was influenced by American movies and magazines to such an extent that criminal groups went by jazzy names such as The Spoilers; The Americans; The Vultures and Rock-Breakers?

For an answer one has to travel back in time to 1955, in the then province of Natal.

There once lived a horrible man by the name of Elifasi Msomi. He was a serial killer, probably the first to be recorded as such in South Africa, and had murdered 15 people using an axe - hence his moniker, The Axe Killer.

His trial caught the attention of the whole country, especially because his defence was that he carried out the killings on the instruction of a tokoloshe.

The court found him guilty and sentenced him to death by hanging. But by the time he went down the gallows in February 1956, he had gained legendary status in the criminal world. Hence Matthews; Dube and Mashiane decided to name their gang after him to strike fear in people's hearts.

I am not a Sowetan, but I do regard the sprawling amalgamation of townships south of Johannesburg to be of great significance to the black South ...
News
3 years ago

Even in sport the Axe Killer had some admirers. The hard-tackling Orlando Pirates legend, Edward "Msomi" Khoza - who later became one of the rebel players who broke away to form Kaizer XI with Kaizer Motaung - was nicknamed after Elifasi. And so was boxing champ Joe "Axe Killer" Ngidi.

Since those bad old days, there have been scores of Msomis who do good in society. Some have even gone as far as gaining international acclaim for their efforts in the arts; academia and elsewhere. Yet the "Msomi Gang" tag as well as the history refuse to go away.

On a more serious note, I have recently discovered that on the Net, someone put up a picture of me - lifted from a newspaper - and linked it to an article about the Axe Killer.

I have no relation to the man and my parents were probably still toddlers when he was hanged. Removing the picture from the article has proven to be a difficult job. I now understand the frustration that once led Mzwakhe Mbuli, the poet, to famously ask: "Who is Google?" While that is being fixed, I ask for one thing. You can call me Msomi, but "without the gang".