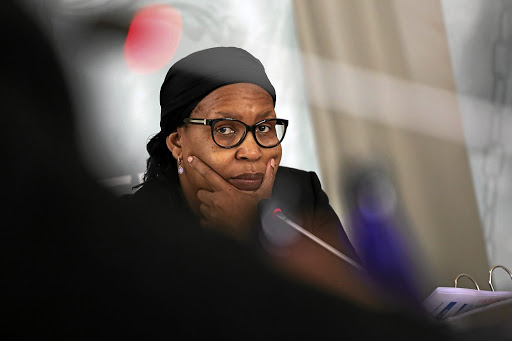 Former Gauteng health MEC Qedani Mahlangu's actions led to the deaths of just under 150 patients, which disqualifies her from the privilege of leading, says the writer.
Image: Alon Skuy

The results of the ANC's Gauteng and KwaZulu-Natal provincial elective conferences are in. With young people having asserted themselves in the leadership of the two provinces it would seem that the party is experiencing some renewal.

The glaring re-election of Qedani Mahlangu, former MEC for health in Gauteng who presided over the Life Esidimeni disaster into the Gauteng PEC necessitates an evaluation of the party's commitment to renewal.

It is important to single out Gauteng, because it should be taking the lead in demonstrating the ANC's renewed commitment to ethical leadership.

While KZN has been the stronghold of Jacob Zuma's support, Gauteng stood out as the one province that attempted publicly to distance itself from him.

This was largely owing to the view that Zuma's scandal proneness was damaging to the ANC brand.

And in the lead up to the 2016 local government elections, Gauteng debated whether Zuma should be used as the face of the campaign given the Nkandla debacle.

In attempting to separate itself from Zuma, the leadership of the ANC in Gauteng was contrasting itself to JZ. But given the election at the conference of individuals who have been implicated in the worst ethical lapses in recent times into its PEC negates its moral posturing.

ANC treasurer general Paul Mashatile believes that the party's integrity commission may have to decide on the election of Qedani Mahlangu and Brian ...
News
3 years ago

The findings about Mahlangu's conduct in the transfer of mentally ill patients from the Life Esidimeni facility to non-governmental organisations in the province are scathing.

Health ombud Professor Malegapuru Makgoba's report found that Mahlangu's actions that led to the deaths of just under 150 patients amounted to negligence.

Former deputy chief justice Dikgang Moseneke, in his judgment following weeks of hearings over the tragedy went further. He found that the reasons that Mahlangu furnished for the termination of the contract with Life Esidimeni were untrue and that the decision was irrational.

Most damning, Moseneke found that Mahlangu and other officials involved in the transfer were in "blatant breach of law and the constitution".

Mahlangu might argue that she has not been convicted of any crime. She may further assert that she is eligible to stand for leadership because her party has yet to subject her to a disciplinary process.

In fact she is in all likelihood emboldened by the defences advanced by President Cyril Ramaphosa earlier in the year when he said she should be accepted like any other citizen, that her resignation and appearance before the inquiry meant she had been held accountable.

It is true that her actions do not change her citizenship status. That is not what is at issue.

As Potter Steward, former associate justice of the Supreme Court of the United States put it: "Ethics is knowing the difference between what you have a right to do and what is right to do."

She may not have lost her right to be a citizen but she has disqualified herself from the privilege of leading.

According to the provisions of the ANC constitution and the practices of the party, she may have the right to accept nomination and stand for election, but that was not the right thing to do.

If the ANC in Gauteng was really serious about integrity, it would have advised Mahlangu to not even consider nomination.

It is not enough for the conference to mandate the new leadership to act against Mahlangu post the fact.

It may be a new dawn, but the ANC is clearly not serious about change.