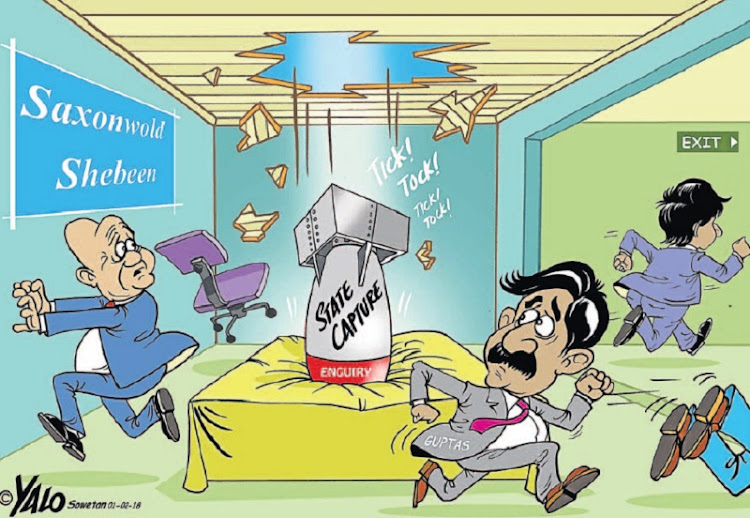 Watching the spectacle outside the Randburg Magistrate's Court where former president Jacob Zuma's son Duduzane appeared on a charge of culpable homicide, one could not help but see the whole imbroglio as an encapsulation of the impact the phenomenon of state capture has had on black lives.

The charge relates to an incident where in February 2014 Phumzile Dube was killed after Duduzane's Porsche collided with a taxi in which she was travelling.

In August 2015, the National Prosecuting Authority (NPA) decided not to prosecute him. This despite magistrate Lalitha Chetty having found, during a formal judicial inquest into the death, that there was prima facie evidence that Dube's death had been caused by the younger Zuma's negligent actions.

In response, NPA head Shaun Abrahams called for a review of the case and subsequently a decision was taken early this year to prosecute the young Zuma.

Welcoming the decision, AfriForum said the move showed that Nel's strategy "of ensuring that no one was above the law was bearing fruit".

"It firstly remains the duty of the NPA to prosecute offenders and when the possibility of private prosecution forces the NPA to do its work, AfriForum views it as a victory," crowed the lobby group's chief executive Kallie Kriel.

The BLF essentially led the spectacle that played itself outside the court after the case was postponed. A key object of their anger and political vitriol was Kriel who (with a smirk on his face) claimed he was there to support the Dube family - "something the racist BLF has failed to do".

The BLF members' beef with the AfriForum CEO was that he had no mandate to speak on behalf of black people because he is "a racist white settler whose ancestors have killed and continue to kill black people working on their farms".

Judge Vivian Tlhapi said she would give reasons for her decision “soon”‚ but Holomisa has told this publication that he intends to challenge the ...
News
2 years ago

Judging from their history, it is obvious that both BLF and AfriForum cannot be regarded as the torch-bearers for black dignity and human rights.

The BLF has also publicly declared its allegiance to both the Gupta family and former president.

As for AfriForum, it is only in South Africa where public institutions like the NPA had become so politicised and emasculated that such a body can claim some political legitimacy for itself by supporting a black family against a "corrupt justice system".

It is apparent the BLF and AfriForum continue riding on the wave of the delegitimisation of the country's democratic state through state capture that ensued under former president Zuma.

Unfortunately, as it is usually the case, it is ordinary black people - like the Dube family - who are caught in the crossfire.