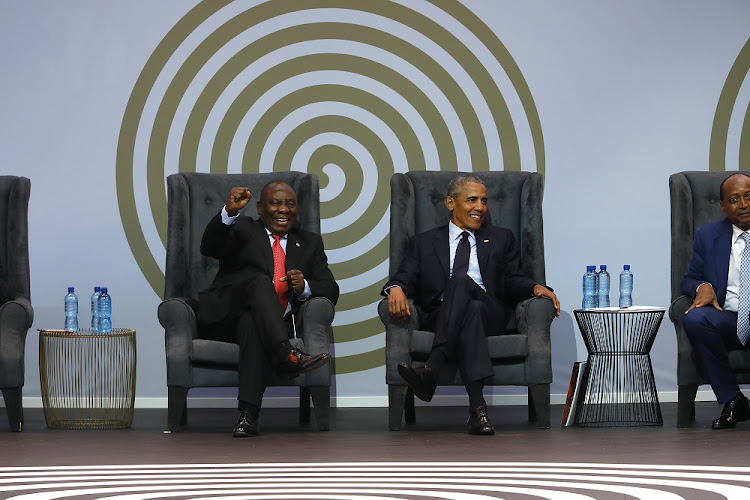 There are a substantial number of South Africans who were sceptical of the decision by the Nelson Mandela Foundation and his family to invite former US president Barack Obama to deliver the centennial edition of the annual lecture.

They had good reasons to be, especially given the disappointment Obama proved to be for the struggle for social justice and global peace during his eight-year stay at the White House.

However, no one can deny the significance of Obama becoming the first black president of a country whose history is steeped in the trade and exploitation of black bodies. His rise to the White House, like Mandela's to the Union Buildings in 1994, signalled a triumph of justice and non-racialism over centuries of racism.

Hence the decision by the foundation to invite him to speak was not misplaced. We may disagree on his record at the White House and on whether he could have done more for yet-to-be-free peoples of Palestine and elsewhere, given the political and economic constraints that come with being US president, but none can ignore the significance of his speech yesterday.

In true Obama fashion, he came with the message of hope - telling his audience at the stadium as well as millions more watching on television that Madiba's vision of a better world was still possible.

He, however, warned that this dream was under threat from powerful economic and political interests whose greed blinds them to the need to share resources with the rest of the population.

He propagated a socially responsible type of capitalism, the kind that does not see super-profits as the only motive for doing business.

In our country, where the inequality gap is the widest in the world, where poverty is endemic and the unemployment rate continues to grow, Obama's message could not have been more relevant. However, the challenge is to translate his words into action.

If we accept his argument that humanity has a common destiny and that the fate of the rich and privileged is directly linked to that of the poor, then we should be having conversations about how our wealthy classes can assist in uplifting the rest.

Failure to do so would be a betrayal of Madiba's legacy.