#100MenMarch to break chain of abuse against women and kids 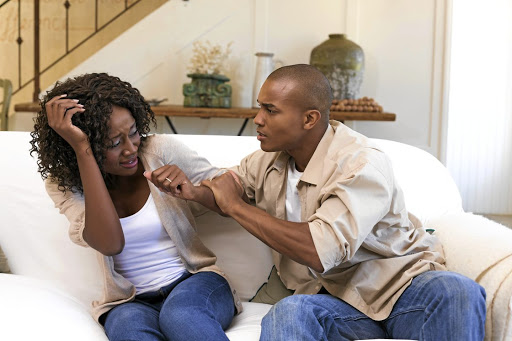 On average, one in five South African women older than 18 have experienced physical violence, according to a recent report. /123RF

Philosopher Edmund Burke famously said "all that is necessary for the triumph of evil is that good men do nothing". In the fight to end the scourge of violence against women and children, we cannot be found wanting.

The alarming violence extends to our children, where one in every three girls and one in every five boys will experience some form of violence in South Africa before the age of 18.

The situation is dire when viewed over the past three years where at least 41% of all reported rape cases involved children, while more than 2600 children were murdered over the period.

These atrocities take place daily and are directed at the most vulnerable in our society. Our constitution provides for human rights for all, including women and children. Thus, such statistics 24 years into our democracy cannot be allowed to continue.

Government appreciates the tough work done by civil society, NGOs and other organisations, but society needs to join the fight to ensure that prevention happens within families and communities.

GCIS has issued a statement distancing themselves from reports that it invited Arthur Mafokate to join the 100 Men March.
Entertainment
3 years ago

We are bringing together men from different walks of life to take a firm stand and boldly declare enough is enough. They will be part of the #100MenMarch for No Violence against Women and Children today. It starts at 10am at Church Square in the Pretoria CBD and will proceed to the southern lawns of the Union Buildings.

The march will draw at least 100 men from various sectors of society, such as government, business, labour, faith-based, nonprofit and media organisations.

The #100MenMarch is also a symbolic celebration of the centenary of our two stalwarts Tata Nelson Mandela and Mama Albertina Sisulu who would have turned 100 years this year.

Mandela and Sisulu spent their entire lives fighting for the rights of women and children. As a society we all have a responsibility not to fail these stalwarts.

President Cyril Ramaphosa has made a call that all of us have a responsibility to stop the violence. In the spirit of Thuma Mina, all peace-loving men will join the march and demonstrate their resolve to ending it. In doing so, they will send a united message that as a society we will no longer stand idly by while the tide of violence rises.

Through the #100MenMarch, we want to create a visible front of men marching together to show their commitment to making South Africa safer.

When culture is used by men to advance subjugation of women

To some people, tradition is an excuse to deny others the right to oppose practices that no longer make sense
Opinion
3 years ago

In marching together we are demonstrating a united resolve to fight the scourge. We strongly believe that the positive actions of the day will have a knock-on effect that will encourage others to take action. The #100MenMarch will undoubtedly be a motivating force to ensure men break the chain of abuse.

The march will show perpetrators of these vile acts that they have no place in society. We are also boldly declaring that violence and abuse can no longer be treated as a "private matter".

This is a crime that not only affects the person who has experienced the violence and abuse, but also scars an entire community. It must be reported to the police so that victims can be helped and perpetrators brought to book.

Importantly, the onus of reporting violence and abuse is not the victim's alone; it falls on all of us as these incidents often taken place within our homes and communities. Every man has a duty to harken the call to action to be part of the #100MenMarch so we can start something that stops the "triumph of evil". All it takes is a few good men today to stand up and be counted to end the cycle of violence.