'Supplier's errors have ruined me' 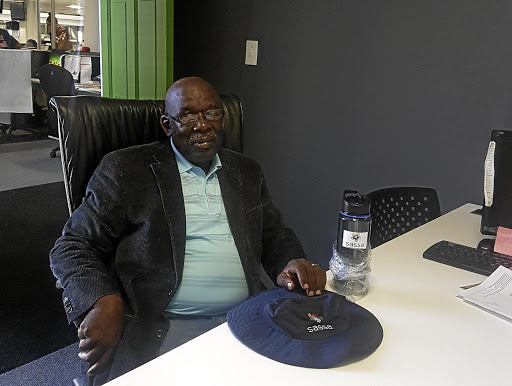 Paul Moola has been blacklisted by social development department after the stock for his tender came with faults.
Image: THULI ZUNGU

Paul Moola of Lichtenburg, North West, has been blacklisted and can no longer get government tenders.

He said it was all because of a delivery of defective goods.

Moola, 60, said he lost a R315 000 tender and was now repaying a loan he took to pay Best Clothing and Gift, a company which delivered goods riddled with flaws leading to their rejection by government.

The businessman had won a tender from the South African Social Security Agency (Sassa) to procure umbrellas, water bottles, gift bags and hats for 800 pensioners in Rustenburg, where Sassa was to have a meeting with pensioners.

Best Clothing and Gift accepted his order at R189 475, which they later increased to R209 475, he said. The supplier had a disclaimer stating they could not be held responsible for errors in sizing, colour, logos, spelling or any other additional mistake once artwork had been approved.

To ensure they procured the correct order Moola gave them samples of the items ordered and written specifications he got from Sassa, he said

Despite all this, Best Clothing delivered an order riddled with errors, Moola said.

"Hats were for children, with age, grade and name tags instead of the adult sizes I ordered and umbrellas and gift bags were not supplied, though paid for," he said.

As a result, the department rejected the order and blacklisted Moola. He said Best Clothing and Gifts was to blame for his predicament.

Pastor Banda has clients up in arms.
Opinion
3 years ago

When Moola took his complaint to Best Clothing, a Mr Botha, the owner, allegedly undertook to collect the faulty items and refund him. Moola says that did not happen.

He says even after driving to the company's offices he was told a meeting would be arranged to sort the matter out, but that too did not happen.

When contacted by Consumer Line, Lizanne Botha, the co-owner of Best Clothing, said though her husband had been aware of the matter since 2017, she did not know how he had addressed it.

She however denied that Moola's order was incorrectly made. She said he had signed off their quotation and cancelled the order for umbrellas and bags. She added that Moola was not invoiced for the cancelled order though her invoice and the amount paid included the items in questions.

Botha said there was a credit of R58 491 on Moola's account and he had not responded to their e-mail when they sought to refund him the money.

She said Moola's wife had told them she intended to place a future order and Best Clothing should retain the credit on the account for that.

But Margaret Moola said they had only spoken to her when they wanted her to sign the order on her husband's behalf as he had no e-mail then.

Botha said they would refund only R58 491 plus interest.