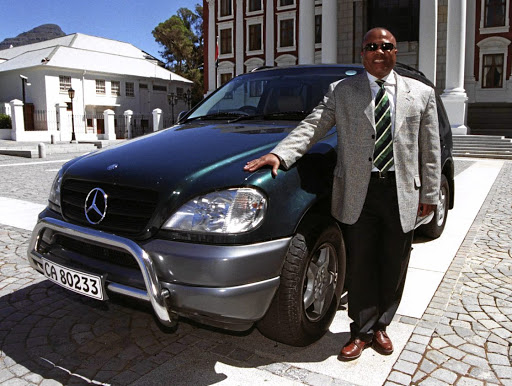 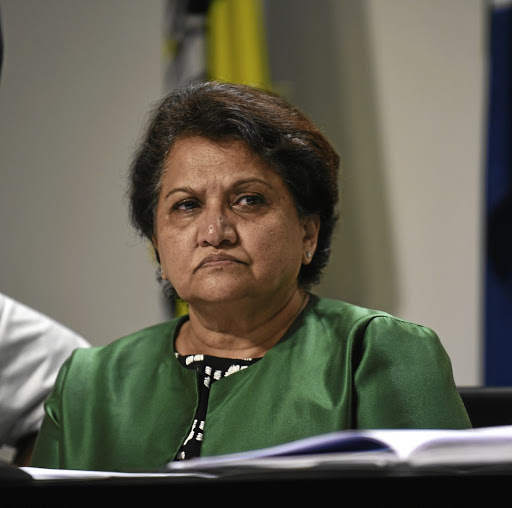 Who was ANC deputy secretary-general Jessie Duarte's target audience when she claimed that Tony Yengeni had done nothing wrong and had received a raw deal by having to serve time in jail?

Sunday Times reported this week that Duarte said Yengeni's conviction for fraud worried her and many others in the ANC as there was nothing wrong with negotiating a discount on a vehicle, and that his only fault was not declaring it to parliament.

She said this to defend a decision by the ANC to assign Yengeni as chairman of a working group on corruption for the party's election manifesto workshop last week.

At a time when the ANC is seeking to rehabilitate itself from scandal and corruption and eager to rebuild public trust ahead of next year's elections, you have to wonder who Duarte's message was aimed at.

Was it discerning or apathetic voters who are uncertain about voting for the ANC? Was it traditional ANC voters who had turned their back on the party due to the corrosion of its principles and reputation?

Was it young South Africans who will be voting for the first time in 2019? Was it perhaps supporters of other parties who Duarte was hoping to entice to the ANC?

Or could it be those, like Yengeni, who used their positions for corrupt purposes and are now worried that they no longer have a home in the ANC?

Surely the only people who would take comfort from such a message are those who are compromised by corruption or other illegal acts and are concerned they might be sidelined or face the consequences as President Cyril Ramaphosa leads a process to clean up the party and the state.

For the first time‚ Cyril Ramaphosa’s face will appear on the ballot paper in next year’s elections.
News
3 years ago

There can be no decent human being who respects the rule of law and is able to decipher right from wrong who would welcome Duarte's statements.

She was condoning fraud, minimising the onus on public representatives to conduct themselves ethically, and suggesting that criminal conviction should not be an impediment to holding positions in the party.

"Tony Yengeni did make a mistake. He paid the price for that mistake. He cannot be condemned to a life sentence of hatred by people who spend their lives hating other people," Duarte went on to say.

The ANC is just months away from choosing candidates to represent the party in the national and provincial legislatures. It is worrying that a member of the ANC top six does not see virtue in placing credible, untainted people in key positions, and believes that objections were based on personal grudges against Yengeni.

To be fair, the irony and inappropriateness of Yengeni serving as the chair of a crime and corruption working group seemed to have escaped everyone in the ANC leadership, not just Duarte.

Perhaps with the passage of time, Duarte and others she speaks for had forgotten the serious conflict of interest that arose from Yengeni chairing parliament's standing committee on defence when he negotiated the discount from a company bidding for a slice of the arms deal, as well as the findings of the courts.

Yengeni was denied leave to appeal his conviction and sentence by the Supreme Court of Appeal. But the high court, in dismissing his earlier appeal application, succinctly summed up why Yengeni was slapped with a jail sentence: "The appellant's crime was one of greed, not of need; the appellant occupied a position of trust that he grossly abused; the appellant was, on his own showing, the initiator of the dishonest deal; the appellant continued to weave his web of deceit in the face of mounting public disquiet for almost two years; the appellant defended his untenable position in private newspaper advertisements that were not only false in material respects, but also offensively disrespectful of his critics; until the day when he changed his plea, the appellant had not shown any inkling of remorse."

Why Maimane should quit

When Lindiwe Mazibuko quit the DA for academia in 2014‚ many people were stunned that a talented‚ formidable young leader had decided to walk away ...
Opinion
3 years ago

High court judges Eberhardt Bertelsmann and Ferdi Preller made a point of noting that the four-year jail term "errs significantly on the side of leniency".

It is not only in the ANC where there is a slippery slope when it comes to justifying wrongdoing depending on who the player is.

South Africa is far too tolerant of politicians defining what they think is right and wrong, pronouncing how we ought to think, and dictating whose misdemeanours should be vindicated.

Most people in this country are decent, law-abiding citizens, not greedy braggarts who feel entitled to the good life through political positions.

When we vote, we should be choosing people who are also respectful of the rule of law, conscious of the disparities of our society, committed to improving the lives of the poor and vulnerable, and desiring the safety and stability of our nation, not people who are power drunk and chasing personal wealth.

Sadly, such values are not really reflected in the political spectrum currently.

Voting next year could therefore come down to which is the least objectionable party, rather than who is best to lead our nation.