Morocco must know what goes around, comes around to bite even harder 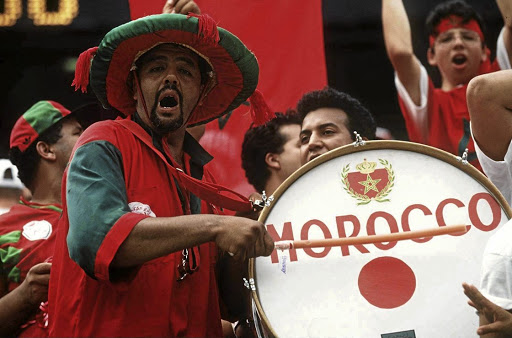 Is it a case of racism or colourism? Or are we giving them a taste of their own medicine?

For the last week, the world has been glued to the screens and enthralled by the thrills and spills coming from Russia with love.

It's for the love of the game that we scream our lungs out with fervour and nail our colours to the mast. South Africans have been reluctant to cheer on three of the African nations in the competition - Morocco, Tunisia and Egypt. What do they have in common?

For starters they are part of mainland Africa, yet the borders between us and them couldn't be more visible now. In fact there's not a single voice or hand stretched out with any of those flags hoisted up in the air by local fans. Meanwhile, our support for the sub-Saharan countries of Senegal and Nigeria has been unmissable.

This has led me to question if it's only a case of us reciprocating their attitude and treatment towards us?

Morocco, Egypt and Tunisia need to embrace the continent more. As American R&B singer Chris Brown famously said: "How're you hating from outside the club? You can't even get in." But that's a topic for another day.

They believe their fair skin is more superior and, therefore, cannot be associated with Africa.

Remember when they withdrew from hosting Africa Cup of Nations in 2013 because they did not want to "expose" their people to Ebola? When they countered our 2010 World Cup bid, they cited crime, corruption and, hold on to your chair, diseases.

A colleague once related an incident when he visited the Moroccan city of Marrakech for a film festival. He was part of a posse of journalists mostly from Arab countries and says he felt like an outsider in his own continent.

The officials who were taking care of them could not be bothered with his name and kept referring to him as the "African guy".

To rub salt to the wound, he had to get someone to translate for him because they were not interested in his welfare. So a Senegalese friend came to his rescue and acted as his interpreter. These may be but a few incidents, but they paint a bleak picture of our relations with the countries in the Sahel.

So why are we not supporting Morocco, Egypt and Tunisia?

Well, not only do they not deserve our support, they simply don't want it.

And this is why we, as a country, did not support the Moroccan 2026 World Cup bid. We'd rather go to Northern America to watch the World Cup than Morocco.

Now who will be "hating from the outside" in the 2026 Fifa World Cup? Checkmate Morocco.