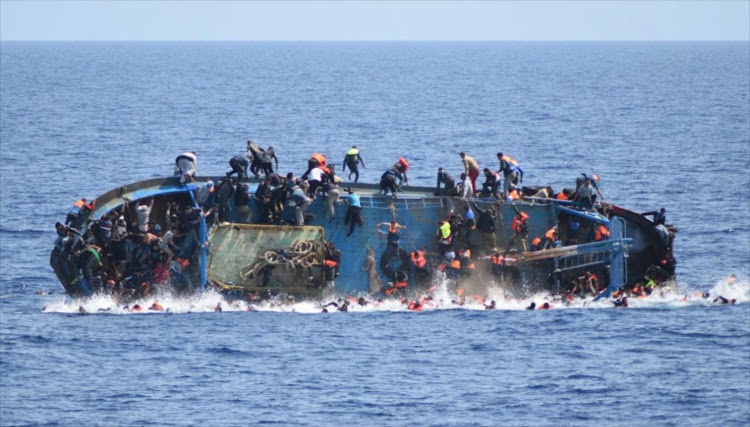 Every African should feel his or her blood boiling every time images of Africans being sold into slavery for a few hundred dollars in Libya are beamed all over the world.

If not that, it is the bodies of Africans being fished from the sea after drowning when they tried to escape to Europe in rickety boats.

Then you see images of Africans in things that look like concentration camps somewhere on the margins of Israeli society and hear threats by Benjamin Netanyahu to deport the asylum seekers back to Africa. Netanyahu describes the migrants in a tone that suggests they are considered as vermin. Rumours were making the rounds that some African countries were willing to receive financial inducement from Israel to receive expelled migrants.

More reports are circulating about the slave-like conditions African economic migrants find themselves in, in the oil-rich Arab countries. The reports suggest that some African migrants in these countries endure beatings, overwork, little or no payment from employers and severely restricted movements.

In the past few weeks, we have seen 629 Africans stranded at sea on board a ship called Aquarius because Italy and Malta were refusing the ship permission to dock. Among the migrants on the ship were pregnant women and minors. The new socialist government of Spain took pity on the stranded migrants and invited the Aquarius to dock in Valencia.

In general, Europeans have been alarmed and unhappy with the migrants from Africa and the Middle East, but the silence from Africa has been deafening.

There should be no sympathy for Europeans who have been causing instability in most parts of the Arab world through their murderous military campaigns in Iraq, Syria and Libya. In fact, most migrants are now smuggled through Libya, a country that Europeans and Americans bombed, killed Muammar Gaddafi and effected regime change that resulted in the current lawlessness and instability.

If the AU was sufficiently concerned about Africans, their lives, dignity and worth, it would be making pronouncements about the matter, not just keeping mum. The deaths of our people and marooning of others on the high seas cannot be a non-event.

Secondly, the AU should be taking steps to stem the tide of Africans taking perilous journeys through the deserts of North Africa and then onto those rickety boats in an attempt to reach Europe. The painful thing is that even if they do reach Europe, theirs would probably be a miserable life of discrimination, squalor and menial labour.

Thirdly, we know that the root cause of the phenomenon is the abject poverty of Africans on a rich continent.

Through the AU, Africans should be working on integrated plans to grow the economies of our countries so that we can defeat this crippling poverty that sends our fellow Africans on desperate and often deadly journeys to Europe and the Middle East.

Instead of being preoccupied with little power games, the likes of which we see in South Africa among those in positions of authority, we should be bending together to put our continent on a path of sustainable development.

But what one finds particularly disconcerting is the absence of outrage at the spectacle of Africans being taken into slavery in Libya.

Africans were the subject of the barbaric slave trade in earlier epochs and it should be something we detest with a passion.

Where is our pride and dignity? When are we going to look after ourselves and our interests as a people?