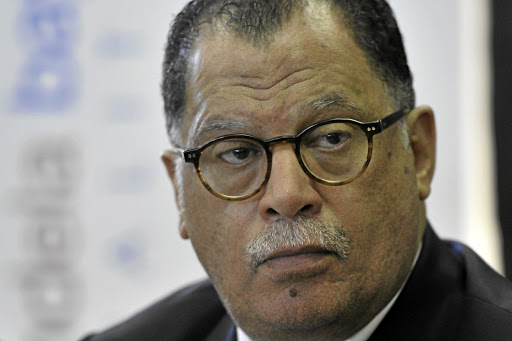 By re-electing Danny Jordaan as president, and ignoring his sexual abuse allegations, Safa is sending the wrong message to women and children, says the writer. /Gallo Images / Beeld / Werner Hills

Post-apartheid, this country has become the most violent society when it comes to woman abuse, femicide and domestic violence.

New reports say a prominent 40-year-old author alleged that Jordaan groped her, tried to force himself on her and attempted to rip off her underwear at a five-star hotel in Sandton in 2011.

The Sunday Times reported that the woman - in an affidavit - said Jordaan had sexually assaulted her on three occasions, and quoted his lawyer as saying the latest allegations were an attempt to stop his client from participating in the Safa elections over the weekend.

Although innocent until proven guilty, these allegations cannot be ignored because Jordaan has held influential positions in government and the soccer fraternity.

The government he served has been at the forefront of fighting for an end to abuse against women and children through various campaigns, including the 16 Days of Activism for no Violence against Women and Children.

It also tabled and passed legislation that assists women in coming out and reporting cases of rape that would otherwise never come to the surface.

Safa president Danny Jordaan looked deflated after his re-election to the position at the weekend.
Sport
3 years ago

So, in all earnestness, Jordaan should be among the men leading the march against women abuse.

Men who should be leading by example and pointing the younger generation in the right direction by being at the forefront of the struggle to free our country of the scourge of rape and violence against women and children.

Clearly, the man is untouchable because he is holding on to power and is busy laying counter-charges against his accusers, to divert attention from the accusations levelled against him.

But again, our country is full of ironies. One can ask why ANC MP Mduduzi Manana is still sitting in the National Assembly when he was found to have abused women at random?

We understand when some in the ANC say there is no dustbin for comrades, but what about the graves of women who have been killed by their partners?

I am appealing to Jordaan's and Manana's consciences, but frankly, I have to wonder what goes on in their minds?

While watching television, I saw all those males supporting Jordaan and wondered if patriarchy was the reason they failed to appoint women into executive positions. Is it so that they can root for and support each other in times like this?

Do these men have daughters? What are they saying to them and to their sons when they protect someone who is accused of such serious crimes?

Patriarchy is such a bad order because it ensures that the status quo remains, good or bad.

In this instance it is bad because it promotes the mentality that men are the bosses who call the shots, while women have to listen, follow and serve their needs.

Patriarchy is at the centre of this archaic status and vile thinking.

As men we need to stop protecting perpetrators of violence against women, irrespective of our relationship with them.

We need to ostracise them, not support them publicly.

We should encourage them to go to court, clear their names and prove they are innocent.

Playing the blame game and playing victim is not going to make the matter go away.