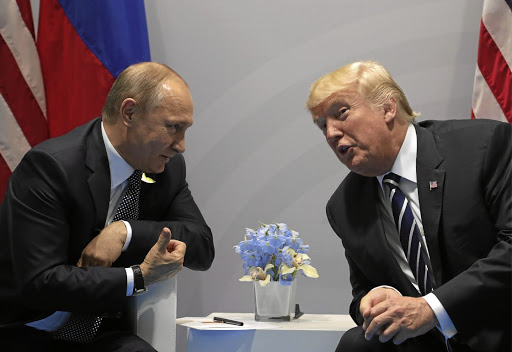 The world is in a state of madness. Humankind, organised in the form of nations, is drifting without the guidance of ideas.

Under imperialism and colonialism, the rest of humankind was forced to submit to the tyranny of a handful of powers that took it upon themselves to think and decide what the rest of us deserved.

The system of global imperial powers came to an end with the advent of World War 1. World War 2 came and, in its aftermath, cemented the place of the West as a distinct block of nations clustered around a clearly defined socioeconomic model - capitalism.

While there were some countries in the middle, the period between 1945 and 1990 was defined by a contest between capitalism (led by the US) and communism (led by the Soviet Union).

The DA is a faltering social experiment in white privilege, black poverty debate

Challenge for SA's future among blacks and whites is for the brain to reclaim its rightful function from the skin.
Opinion
3 years ago

The rest of humankind was subsequently organised on the basis of which side of this contest each nation chose to stand.

There was a brief period after the collapse of the Berlin Wall when it looked like humanity had finally arrived at what Francis Fukuyama called "the end of history". This was when liberal democracy and capitalism paraded arrogantly as the best way of organising human society.

Having emerged triumphantly from the Cold War's ideological rivalry, the US (as leader of the West) felt emboldened to instruct the rest of humanity to adopt liberal democracy and capitalism as the only road to being "successful".

The US's global leadership role was undermined by the gap that continued to yawn between the rich and the poor, especially in third world countries that enthusiastically swallowed neoliberal prescriptions.

The rise in global inequality was coupled with an aggressive imposition of US national interests across the world, which fermented discontent.

Once trust, honour and integrity are absent in global interactions, relations between states get unpredictable
Opinion
3 years ago

The ballooning arrogance of the US was finally popped by Islamic fundamentalism on September 11 2001. Suddenly, people in the third world saw that, just like them, US citizens were capable of crying. Since then, the US has never really led the world.

The 9/11 political work of religious fundamentalism was consummated by the US itself, when the recklessness of the country's economic system brought the entire world economy to its knees in 2008.

The disintegration of the twin ideology of liberal democracy and capitalism did not lead the world back into the social laboratory to re-experiment with communist ideas. Big countries like China and Russia had had enough of communist destruction.

China gave birth to what the country's mandarins call the "social-market economy".

And it is now the second-largest economy in the world, even though its people continue to languish under the political dictatorship of a communist party.

But we must not expect China to lead the world. The country has a culture of non-interventionism, which is linked atavistically to its Confucian roots. Even if we all were to slaughter each other, China would simply fold its arms and watch.

For more than 15 years now, Russia has been writhing in the vice grip of Putin's kleptocratic and power-mongering hand. Russia under Putin is a danger to the world.

The US is now in the hands of a madman where Donald Trump has no strategic calculation whatsoever.

As the big powers drift even further away from their international leadership responsibilities, the EU is committing suicide. Narrow nationalism has got the better of Europe.

While we can vote bad politicians out, chiefs are forever.
Opinion
3 years ago

In this widening vacuum, small states in Asia - such as Singapore, South Korea, Taiwan and others - are quietly building their economies.

These Asian states have learnt strategic lessons from smart Scandinavian countries. Small countries like Denmark or Norway don't make noise; they build their economies and take care of their citizens while global madness continues.

Our tragedy here in South Africa is that Cyril Ramaphosa has no capacity to locate South Africa in the world, to carve out a unique space for our inchoate nation.

Such is the intellectual poverty of Mr Thuma Mina.