The acceptance of aggression in men has far reaching outcomes 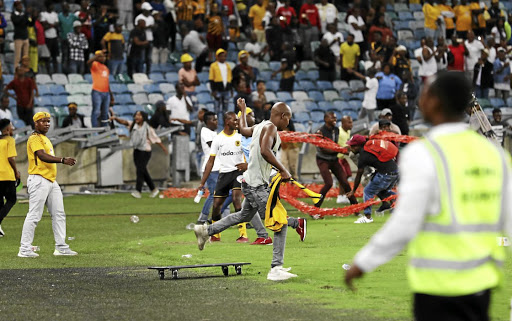 Twenty-nine boys are allegedly raped by their coach and society is not outraged.

But should I be surprised at all?

We have institutionalised men-against-men violence, and this includes our attitude towards men or boys being raped.

Society gives men a badge of honour for being violent. We drive recklessly and we are praised because "this is how boys are".

As men, we have institutionalised self destruction. An example is the violence that seems part and parcel of some soccer matches.

We seem to have normalised this form of violence and accept it without so much as voicing our objections to it.

If you visit morgues, the majority of corpses there are of men killed by other men for some of the flimsiest reasons, hence our murder rate figures are so high.

Road rage is one example of where men attack and even kill each other for something that could have been resolved through patience and tolerance.

It is very rare to come across road rage incidents where women are involved, and chances of it ending up in violence or even death are very slim.

We raise men to be strong and to learn to fight for what is theirs. We never raise them the same way we raise girls - to be nurturing, tolerant and compassionate.

Violence against anybody, not only a woman, is cowardice

But they were also taught to retaliate against boys. The propagation of violent men.
Opinion
3 years ago

When young boys display even a semblance of being caring or nurturing, we label them as "showing gay tendencies".

We force young men to learn that in order for society to appreciate them, they need to show strength, toughness and physical strength in dealing with their problems.

Even at schools, boys who display aggression are applauded and callediskhokho.

Then we get shocked when this culture of violence spills over to women and children.

Look at the violence and rape in our correctional facilities. It is so endemic, yet society turns a blind eye to it.

Yes, men commit many of the heinous crimes in this country, but that doesn't give us the right to condone prisonrape and violence.

How many of us remember the Vaseline remark from McIntosh Polela. He was commenting about the fate that awaited hip hop artist Molemo "Jub Jub" Maarohanye after he and his mate, Themba Tshabalala, were sentenced for the deaths of four school children during a drag racing accident in Soweto in 2012.

Polela, a Hawks spokesman at the time tweeted: "I trust that Jub Jub supporters gave him a jar of Vaseline to take to prison".

Polela was fired after this tweet but generally, few people sympathised with Jub Jub and there wasn't an uproar from all of us.

A gangster who murdered a Cape Town metro policeman was jailed for life on Wednesday.
News
3 years ago

There is no outrage from society and certainly, those men who have been victims of violence - especially in prison - don't tell their stories because they are ashamed people will say they have been emasculated.

However, it doesn't end there because these men go out from prison into the world and want to prove that they still have power over those who are weaker than them - and those happen to be mainly women and children.

This culture of silence and stigma attached to being violated is also destroying many men.

How many parolees commit violence - including rape - only a few weeks and months out of prison?

Instead of us adopting the stance that those who get sentenced and sent to prison, deserve to be violated on top of the jail time they will serve, we need to concern ourselves that we don't create institutions that will be a breeding ground for more violence.

I would like to close with a quote from one of our founding fathers, Nelson Mandela.

He said: "Safety and security don't just happen, they are a result of collective consensus and public investment. We owe our children, the most vulnerable citizens in our society a life free of violence and fear." 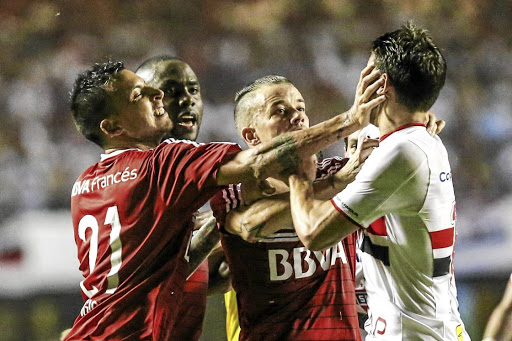 Society is more accepting when men react violently towards one another, but the consequence of this behaviour is that it spills over into our communities and families. /William Volcov/Getty Images
Next Article