The DA is a faltering social experiment in white privilege, black poverty debate 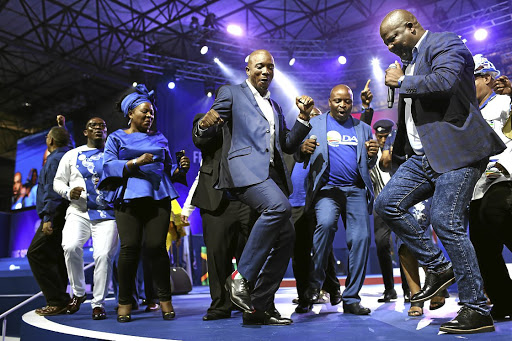 The latest controversy in the DA was generated by Mmusi Maimane, centre, when he sent the message that our country needs to deal with the problem of black poverty and white privilege. / ALON SKUY

The DA has of late been jumping from one self-inflicted controversy to another, as if the party has read and enthusiastically embraced German philosopher Arthur Schopenhauer's 1896 book, The Art of Controversy.

All the controversies rattling the DA are ultimately connected with the race question. It does not matter what party bosses think, most black people believe that Patricia de Lille is being tormented because she is black.

Days before the DA's recent congress, the predominate noise coming from within was about diversity, which practically refers to the representation of black people in the party's leadership structures.

After the congress, party bosses went on overdrive trying to make South Africans believe that the leadership elected at the congress was "diverse" - contrary to what we can see. It is like being told that a yellow moon in a clear sky is green. Penetrative thinkers of our day call ours a post-truth era.

The latest controversy in the DA was generated by Mmusi Maimane himself, when he used Freedom Day to send the message that our country needs to deal with the twin problem of black poverty and white privilege.

DA leader Mmusi Maimane says he will be forging ahead with plans to have the party confront the reality of racial inequality in spite of some of its ...
News
3 years ago

Maimane has yet to deny that he has come under attack from white party insiders who believe what he calls "white privilege" is a figment of a twisted mind. It is not clear whether his white "attackers" also believe that "black poverty" does not exist.

What has not been interrogated is why the debate on white privilege versus black poverty affects only the DA, and not other parties.

If we take South Africa's three biggest parties, the DA is sociologically the most interesting. It is the only party where black poverty and white privilege sit side by side in a complex comradeship.

In the ANC, black poverty sits only with black privilege, as is the case in the EFF. If you spot a white face in the black mass of EFF congress delegates, you naturally suspect the lost white soul of derangement or obvious espionage.

They may declaim something else, but the purity of the ANC's and EFF's blackness is unmistakable. That is why there is no internal debate within these parties between white privilege and black poverty. The DA is, therefore, a very interesting and adventurous social experiment.

It is the only party in South Africa today where a white man sits side by side with a black man trying to do politics together. In such an adventurous experiment, incongruence is sure to ensue.

Ironically, the race problem currently rocking the DA is a sign of relative social progress. It is an indication that the DA has tried something other parties are yet to attempt.

The problem with Maimane's white "attackers" is that instead of genuinely seeking a model that would substantively bridge the economic gap between blacks and whites, they have resorted to denying what we all can see - that wealth in South Africa has a white face and poverty a black one.

Is there an honest white human being somewhere who can persuade Maimane's white "attackers" to redirect their energies from denying the obvious to a genuine quest for a lasting solution to the white privilege versus black poverty conundrum?

It appears as if there are intelligent white fellows in the DA who have relocated the function of thinking from the brain to the skin. Once you think as a white person, you will deny the obvious truth when it applies to blacks. Even black people who think with their skin will never see positive truth about whites.

Such is the challenge for South Africa's future. It is the seemingly impossible task of making blacks and whites see the obvious, a forlorn hope for the brain to reclaim its rightful function from the skin.

While we can vote bad politicians out, chiefs are forever.
Opinion
3 years ago
Next Article