Will ‘Ramaphoria’ send us to an early election? 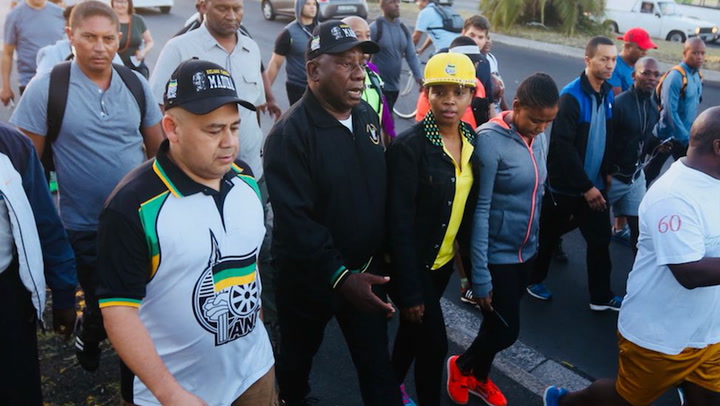 President Cyril Ramaphosa took on a 5km walk from Gugulethu to Athlone on February 20 2018.

The ANC’s consideration of an early election is not so much about maximising on the current “Ramaphoria” as it is about the party’s concerns about whether the positive sentiment can be sustained.

While the ejection of Jacob Zuma from office and the glow of the “new dawn” under President Cyril Ramaphosa has given the ANC hope of bouncing back from its downward trajectory‚ there are worries that the positivity might subside by the time South Africa goes to its sixth democratic elections next year.

Early elections were first proposed by opposition parties and the idea has gained some traction in the ANC leadership in light of the positive response to Ramaphosa’s leadership.

The prospect of holding the polls later this year was discussed at the weekend’s ANC national executive committee meeting in Cape Town‚ with some members motivating that the party should capitalise on the positive mood in the country.

Will 'Ramaphoria' send us to an early election?
Next Article