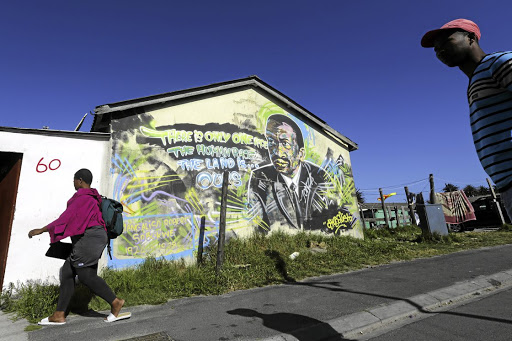 "Let me plead with you, lovers of my Africa, to carry with you into the world the vision of the new Africa."

These were the plaintive words of the great Robert Mangaliso Sobukwe whose vision and mission was to see Africans unite.

He also wanted to see Africa liberated politically, socially and economically, where her people are empowered through education. His passionate flame is being kept alive by his family, whose foundation is built on the firm beliefs of preserving African roots and cultural heritage.

It is a vision shared by Vaal University of Technology's vice-chancellor and principal Professor Gordon Zide, who also knew the Struggle hero personally.

So aligned with these beliefs is Zide's vision that the idea of forming a partnership and collaboration with the Robert Mangaliso Sobukwe (RMS) Trust came naturally - and with full support from the VUT community.

With the Robert Sobukwe Museum and Learning Centre, the trust aims to encourage youth to follow in the footsteps of Sobukwe and to strive for the extraordinary.

Zide found a distinct connection between the trust's work and the projects he intends to roll out at the university in the near future.

It is also his intention for the university to support the trust in a variety of ways.

The trust is run by his son Dinilesizwe Sobukwe and grandson Tsepo, along with a colleague and close family friend, Thando Sipuye.

It has made tremendous strides since its inception in 1998. However, it is only through continuous partnerships and collaborations that the trust can operate sustainably and ensure that all projects and services are delivered to those who appreciate and acknowledge Sobukwe's great work.

Angola revisits pain of the Struggle

Upon arrival in Graaff-Reinet, the VUT delegation was greeted by Tsepo Sobukwe, whose uncanny resemblance to his late grandfather is striking.

After being welcomed into the neat, humble Sobukwe home, the meet and greet kicked off with Zide relaying stories of his experiences with Sobukwe and the impact he made on his life as a young man.

Zide met Sobukwe in 1958 through his uncle John Nyathi Phokela, who studied with Sobukwe and were also ANC members before branching out to give birth to the Pan Africanist Congress.

Zide, himself a teacher, said his interest in African studies, politics and education was strongly influenced by the Struggle hero.

Unpacking the intentions of his visit to the Sobukwe family, Zide asked pertinent questions such as: "What is it that we can do to ensure that the Sobukwe legacy lives on? What is being said about Mama Veronica?"

The VUT would like to develop a partnership with the trust and to honour the role Mama Veronica played in the Struggle. It plans to do this through the office of the registrar by recognising her with an honorary doctorate.

One of the many ideas is the establishment of an African cultural museum at VUT.

Sobukwe taught African languages and was a staunch believer and practitioner of Pan Africanism - the principle or advocacy of the political union of all the indigenous inhabitants of Africa.

Zide said that with regards to preserving African languages, cultures and traditions, the better we do something, the more relevant and important it becomes to the next generation.

"One needs to know his or her roots in order to know where they are going," he said.

He further expressed the wish to establish a Robert and Veronica Sobukwe scholarship or foundation that will support VUT's new education degree. This scholarship will tie in with the BEd course and ultimately benefit underprivileged students who wish to pursue a career in education.