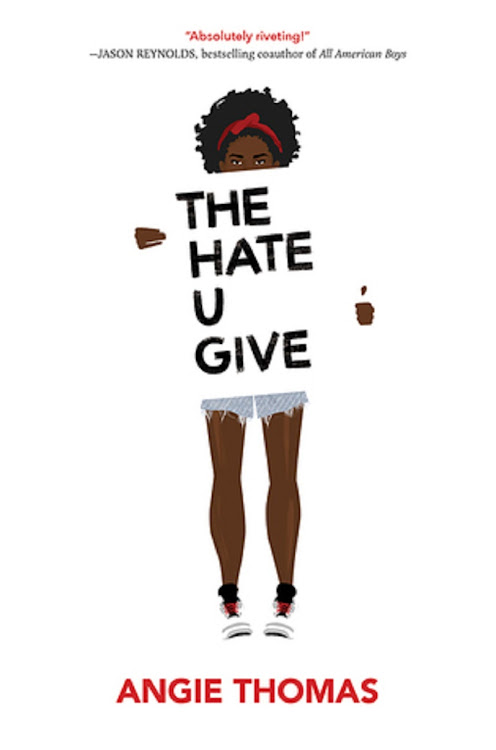 There are some novels which are so powerful and gripping that when you read them you are taken to the heart of the action, and become one of the players in the story, rather than a neutral observer.

One such novel is The Hate U Give which, although set in contemporary US, surprisingly hurled me back to my own youth, in the 1980s apartheid South Africa.

Back then, black children, especially in urban areas, found themselves pitted against members of the police who poured onto our streets in unprecedented numbers under the pretext of maintaining law and order.

Sometimes accompanied by members of the army, the police would conduct random searches on children walking home from school. These body searches did not always end peacefully.

Some of us would ask: "Why am I being searched?" only to be rewarded with a hot klap, or a kick in the butt.

Initially, the kids would run away with tears in their eyes after a humiliating encounter with the men in uniform. But, in due course, the children's patience wore thin. To every taunt and physical indiscretion, they responded with stones and petrol bombs.

The cops then upped the ante of violence: from kicks in the butt, they gave us rubber bullets, teargas and, in some cases, live rounds of ammunition.

Fast forward to 2016. In the United States, almost every other month a young black man will get shot dead by cops after some "misunderstanding".

It's an urban scourge that is captured so beautifully in this novel. Incidentally, the title The Hate U Give is itself a lesson in American street lore. The first letter of each word spells the word THUG.

Legendary rapper Tupac Shakur once explained his THUG LIFE concept as "The Hate U Give Little Infants F**** Everyone".

While the book has been well received - selling 10000 copies in the first month of its release - some authorities have not been enamoured of it, ostensibly because it contains violent scenes and X-rated language. There are 89 F-words. But who cares?

Some educational districts in the southern states yanked it out of their libraries.

However, a legal comeback by some black communities saw the book being put back on the shelves.

Written by a 30-year-old black woman - Angie Thomas was 27 when she finished writing the book by the way - the book has been optioned for film adaptation.

The film will feature Amandla Stenberg as the heroine Starr Carter through whose eyes we see the unfolding drama.

It helps that, although Thomas is a university graduate, she also has street cred as a rapper of some minor success in her native town of Jackson, Mississippi.

The timing of this novel couldn't have been more apt. It comes at a time when the world is in the thrall of Black Panther, the famous movie that does not only feature black heroes and heroines, but acts itself out in a futuristic, benevolent locale where black people wield power and influence.

Such positive vibes in black art have to be welcomed. Black Panther might not be the best movie on circuit, but it breaks the mould at many levels: it tells black stories, rolls out some recognisably South African jokes, while at the same time upholding black self-worth.

While some detractors might argue that Black Panther is more biased towards African-Americans, the reality is that, while we might be worlds apart, our stories feed off each other; we affirm each other through our shared narratives.

The scenes in The Hate U Give could have taken place on a street in Soweto or Gugulethu; in Galeshewe or Mangaung.

In other words, the book is as much about black US as it is about Mzansi.