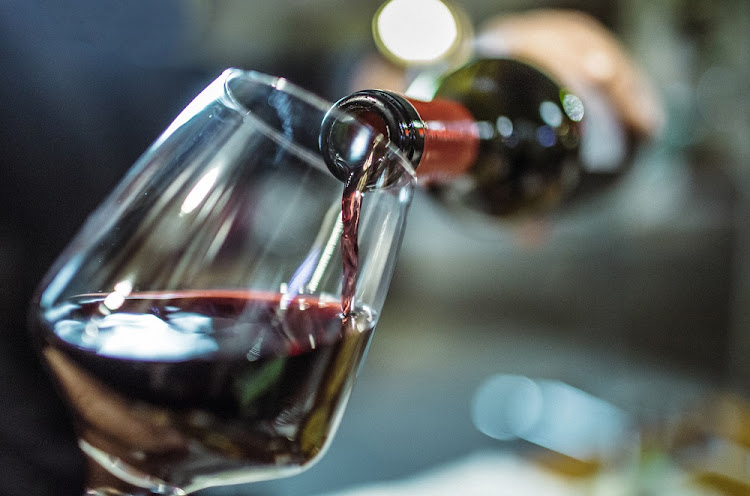 New research provides more evidence to suggest that a little alcohol may bring health benefits, finding that a low intake could help with the brain's cleaning process.
Image: Instants / Istock.com

There are certain things that are well-known about my social life, you can ask anyone of my friends and they will tell you without batting an eyelid.

I love my size 32s, there is no way in hell I am explaining this here because my father is reading, and I love my drink. I don't think it's a coincidence that the two go down together nicely as well.

In a session with my psychologist a few weeks ago we were talking about my love for the drink, and then we had to trace back to the time I started drinking. I want to tell you, but again, my father is reading this. Let's just say that I have been drinking for a really long time, and I am only 34.

The thing about seeing a psychologist or any type of therapist really is that the conversations you have in that room really never just ends in that hour. You walk away with more questions than answers, the issue and topic asking you to implore and unpack your life against it and will not stop until you give in. This is the beauty of therapy; by unpacking these things you almost begin to explain your life events to yourself and for the first time you begin to understand the impact these events have had on who you have become and how much trauma you may be carrying as a result.

None of our experiences are ever as unique as we imagine; which is why we are able to resonate with different things, for different reasons. It could be a song, a movie or a book but the minute you find, you are filled with affirmation from just knowing that someone, somewhere has felt the exact same thing I have or am feeling. This revelation is the same thing that drives us into empathy when it is needed and required from us.

In the middle of Dry January, researchers come out in support of moderate drinking

US researchers have come out in support of the argument that alcohol can offer some health benefits.
Good Life
3 years ago

And when it comes to the issue of drinking and using alcohol as an escape, I can't think of any one person that deserves empathy more than "the drunk uncle" we all seem to have. The black sheep spilling cringeworthy matters at a family gathering.

When you drink as often and as much as I and many of the people I know do, you know of the times you have reached for a drink simply because you needed to zone out, to forget - even if it is only for a while. Whether it is a bad relationship, a horrible boss or grief that you may be dealing with, alcohol does help us cope, in that moment.

Some people just aren't ever able to come back from it. They snap back into reality and find that they cannot cope, and they go back to the alcohol until it is their body and no longer the heart or the mind that demands a walk to the local tavern.

What begins as a pacifier has now become a lifeline, except the life is being drained out. A lot of the people around me, some in the highest offices in the country, are functioning alcoholics. They are able to work and do what they need to do, not because of their own strength, but because we are just wired differently.

So the next time you are tempted to swat away your drunken uncle as you would a fly, try a bit of empathy instead. Something broke there, and you may never find out why, and you probably don't need to know. Just remember that no one wakes up one day and decides they are going to be a laughing stock.

In the meantime, check your drinking and be honest with yourselves.