Beyond Sunday best, meals were a daily innovation 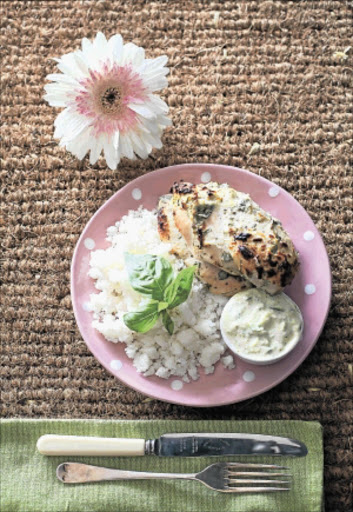 Poverty can make you innovative.

When several fast food outlets launched spicy rice and introduced it in their menus, I recalled what my innovative cousin had invented years ago during our childhood.

Our lives used to be characterised by the tradition of the seven-colours meal every Sunday, which was the only day that struggling families designated for what amounted to a feast. The Sunday lunch table would buckle under a load of salads and vegetables the colours of a rainbow, hence the seven colours name.

We indulged on rice and mashed potatoes, topped with a steaming curry or roast. Then there would be jelly, custard and trifle for good measure.

Of course, visitors would pop in all day and by sunset, all the pots would be cleared except for the giant pot of rice.

Come Monday, my cousin would fry the rice using onions and barbecue spice and voila, there was savoury rice to fill up eager tummies.

Her other recipe was to cut all the excess fatty skin from the Sunday chicken and fry them the next day into yummy cracklings to go down with the rice. As time went by, the master cook would add any leftovers into the mix - carrots or green pepper, that she could find.

Many have always disputed that innards are the best of African cuisine. In fact, many insist we are insulting Africans if we mention mogodu, chicken necks and pap, as examples of African food. It is said that during tough times, many Africans would go to abattoirs to ask for the offals that the rich and privileged would throw away.

Upon seeing the long queues the enterprising butchers started to sell this to Africans.

My grandmother, God bless her soul, found herself having to support eight children when her husband died. She used to work at a laundromat servicing a hotel for white professionals in the 1980s, and the employers used to give the workers all the leftover food from the hotel's canteen.

My gran used to collect all the crusts and bring them home. To preserve the bread we would toast it on the coal stove so that we could have something to eat throughout the week.

Another tasty treat was phuthu, seasoned with salty wors fat. After frying wors, the fatty tasty liquid was kept to sprinkle onto the phuthu to give it a semblance of taste.

There were always horrible stories about mushrooms, such as of families being wiped out after eating the poisonous variety. I recall when I had my first taste of mushrooms. My flatmate's cousin claimed that he knew how to pick the right mushrooms and promised they would taste just like chicken.

Upon eating a few spoonfuls of his salty gumbo, I did not agree with him on the chicken taste part, and before I went to sleep I started sweating profusely.

I suspected I had ingested poison. I drank a litre of water to try and flush the poison out. I stayed up all night guarding my life, in the fear that I would die in my sleep.

But my favourite in making the rand stretch was when mom rewarded me for helping cook fish by giving us egg-coated fish bones we had to eat under her watch.