Infidelity has become nothing short of a modern extreme sport 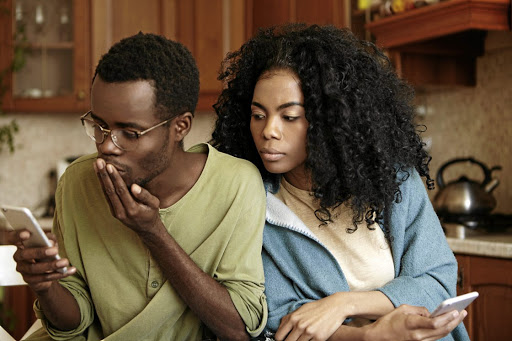 Trying to keep incriminating messages from your partner is one of the risks of living a double life. /123RF

My son explained to me how he had spent two-thirds of his monthly allowance at boarding school in one sweep last week. He has a Valentine.

The school sells various gifts, which the pupils then buy, and these will be put in respective classes on Valentine's morning for the intended recipients to collect. A cute system, really.

The school neatly administers the admirers, processes the gift exchanges and makes known those who have been targeted by Cupid's arrow.

My son went as far as confidently reassuring me that since the lass agreed to be his Valentine, she will not be receiving gifts from anyone else - which is why he bought almost every sort of gift available at the school shop, including ribbons.

This is, quite frankly, the same thing governments attempted to control with marriages. It was meant to be open and honest.

Let a few hundred folks witness your union, sign the contract and register your marriage. Then wear a ring for easy identification and classification as unavailable.

Valentine’s Day is on a Wednesday this year, but that shouldn’t take the steam out of your plans because everybody knows that it’s really Valentine’s ...
Good Life
4 years ago

I imagine it must have worked with the first odd-few couples, until one man (I will not blame a woman for this one, Eve already took a bullet for worse) decided to cheat, and went on to violate a beautiful covenant and destabilise the entire institution of marriage.

In fact, I do not envy cheaters. Infidelity is nothing short of an extreme sport.

Cheaters really should be paying higher insurance premiums on everything. There is so much risk involved in living a double life, and trying to keep the two adults in your life from finding out about each other. Everything from having to take the phone to the toilet with you, to fake business trips to Cape Town.

Then there is the increased mileage on your car, encrypted e-mails, secret folders and credit card billing for a really huge appetite considering you carry a lunch box. And, not to mention bruises from manoeuvring into awkward sex positions in the car!

Recently, I forgot a pair of sandals in the back of my friend's car. When I called him, he laughed at the memory of one Sabbath after church with his then wife. She apparently wore flats and changed to heels when they reached church. He remained behind to first gather some strength, considering he had had a hectic night out with beautiful young things.

Then he noticed a pair of women's sandals in the back of the car and panicked. In a bid to avoid a confrontation, he threw them in the bin.

He then straightened his suit and went into the Lord's house to enjoy a great sermon, only for the wife to frantically search the entire car for her sandals after church. He, of course, had no idea what she was on about.

He is divorced now, and I still don't have my pair of sandals back.

For me, it answers the question of men's frequency at car washes every Sunday.

You find a bearded family man, the father of three kids who desperately crave his time and attention during what should ideally be family time.

He, instead, wears shorts, takes along his best CD collection and heads to the farthest auto cleanser to wait a good three hours to have the car seats and floors vacuumed.

Cheaters become neat freaks, who have mastered the procurement and disposal of all microscopic forensic evidence of their misadventures.