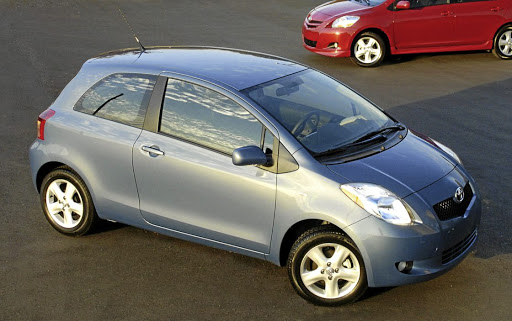 Jetherine Teyise is waiting for her relative, Banele Nathaniel Chomba, to refund her for selling her a defective Toyota Yaris. /Mark Elias/Bloomberg via Getty Images

A war has broken out between relatives over a defective vehicle.

Jetherine Teyise, 56, of Virginia in Free State, said for the past three years she has battled to recover the R55000 she paid to relative Banele Nathaniel Chomba.

Teyise, who is related to Chomba by marriage, said she was involved in an accident and received a settlement from her insurance company.

She could not afford a brand new car, and so opted for a second-hand one.

She said her brother-in-law then told her about Chomba.

Teyise said she was interested in a Toyota Yaris.

"Toyota is a durable brand, you can see the strain their minibuses can take," she said.

She said she noticed a number of defects a day after taking delivery.

"The handbrake and reverse light indicator were not working, and the driver's door was not closing properly."

Teyise took the car to Toyota and was quoted R7000 to have the defects rectified.

Chomba rejected her quotation and offered to take the car back and pay back her money.

A Bekkersdal, West Rand, businessman has accused his security company, Boz Rapid Response, of being incompetent after his tavern was broken into two ...
Business
4 years ago

Teyise said she parked the car, covered it and waited for Chomba to collect it.

She said it took Chomba two months to do so, and when he eventually did, he also made a written undertaking to sell the car and refund her money.

Teyise said Chomba lied to her, sending her e-mails in which he confirmed payment, but no proof of payment.

"I regret the day I decided to [financially] boost Banele. I never thought he would crook me."

Chomba told Consumer Line that Teyise allowed rodents to eat the wires of the car, causing damage of R28000.

He said Teyise should also carry the blame and pay half of the amount.

Although there are text messages Chomba sent to Teyise promising to refund her, he denied they were an honest reflection of his intentions.

"I made them because I wanted a lull [in hostilities] and did not want to fight with the elderly," Chomba said.

He later promised to pay back Teyise's money before the close of business yesterday.