Like Zuma, divisive Magashule is a liability to the ANC 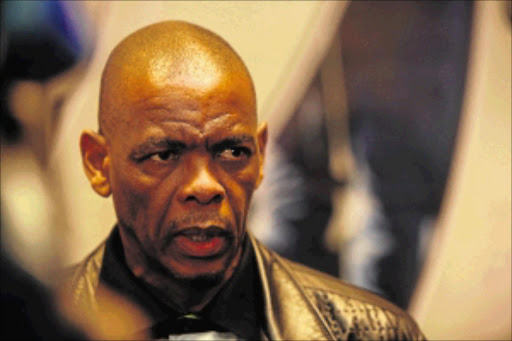 Ace Magashule, please tell the nation which ANC and whose ANC are you really serving?

You told ANC members in KwaZulu-Natal recently that the party you serve is not the ANC. You told them that they will have their ANC back in the next five years.

These comments are shocking. Just over a month ago, you were elected ANC secretary-general.

Your remarks have passed a motion of no confidence in those you are now leading with. Clearly, you are still unhappy with the outcome of the elective conference in December because you hoped for Nkosazana Dlamini-Zuma to win. What a pity.

On the same platform in KwaZulu-Natal, you accused as being factional those who want the finality on the decision of the national executive committee (NEC) that Zuma should not be the face of the governing party come the 2019 election campaign.

This is double-speak of the worst kind. If the ANC that you currently serve in is not the real ANC, why don't you resign.

If we are to take you at your own logic, then you have no business in being part of the top six of the ANC.

Your statement that the real ANC will be back in the next five years says it all. The other officials and the NEC members should be worried about your utterances.

You are not even three months into your position, but already you are acting in a divisive manner.

May I remind you that your last act as chairman of the ANC in the Free State was declared illegal by a court of law, which instructed that the party must elect an interim structure until the elective conference is held.

Did you not learn from that experience? Nope, you didn't.

Instead, you have announced two task teams and filled them up with your followers. Now the affected members in KwaZulu-Natal and Free State have complained to ANC president Cyril Ramaphosa, claiming that you are sowing further divisions in the party.

These task teams are being rejected in both provinces.

Now that we have established that you are making serious mistakes, can we talk about the allegations of corruption involving you, the Free State government that you lead in your capacity as premier, and some members of your family?

The Gupta family has roped in some of your children into their companies in exchange for accessing lucrative contracts. The Vrede Dairy Farm is a case in point.

You are likely to be charged with corruption, sir. The ANC that you serve should move swiftly and rethink your suitability for the top party position. As is the case with Zuma, you too are a liability.

You will become an albatross around the ANC's neck, making it harder for the party to win voters.

The same standards used against Zuma should apply to you.