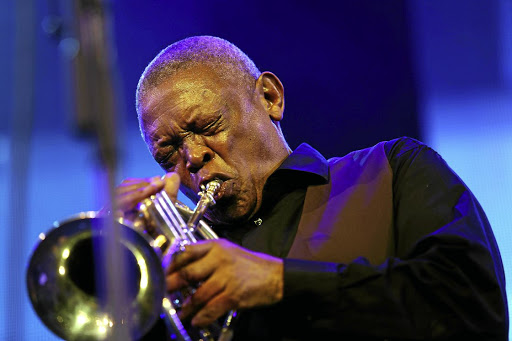 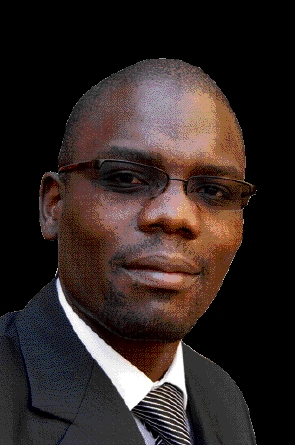 Hugh Masekela is dead and buried.

His jazz friends staged a musical memorial at the University of Johannesburg (UJ), Soweto Campus, a week before his body was reunited eternally with the African soil.

I watched the memorial on TV with my 20-something niece who was bored to death. She finally said: "Uncle, this music can be understood only by the likes of you." And she left the TV room.

As Jonas Gwangwa, Caiphus Semenya and other greats were busy doing their thing on stage, I sank deeper into a mental world words cannot describe.

It is in that deep world of music that I got reunited with Bra Hugh. I could hear his signature horn loud and clear. "This is Bra Hugh," I said in tearful, meditative silence.

Paradoxically, Bra Hugh's death reminded me that the sublime does not die. Death is a mere idea in the shallow head of he who cannot grasp the transcendental continuity of the truly historic.

As his dear friends continued to do their thing at UJ, the vividness of Bra Hugh's image became more forceful in my mind than the idea of death.

They say if you want to speak to the unborn long after your death, write a book. When you read a beautiful verse by Shakespeare, the force of his voice is not diminished by the idea of his death.

And neither is Bra Hugh's horn. It remains beautiful to this day. Its beauty will not wilt because Bra Hugh is no more. The unborn will know Bra Hugh, just as the dead have known him. Indeed, the sublime does not die.

Bra Hugh's horn was bound to be unique for his musical life was an expression of a quintessentially African mode of experience, a way of life that is originally African.

In life, Hugh Masekela was failed by black savants. It is black philosophers who should have transcribed the fine complexity of his musical language into the canons of African thought.

Philosophers generally have a sharper ear. They are a special, nay, privileged, category of human beings, capable of reaching the mental ether in which the likes of Bra Hugh operate. Our savants have let Bra Hugh down by failing to represent the beauty of his auditory note in text.

In more intellectually elevated lands, libraries would by now be brimming with philosophical tomes interpreting the meaning and contribution of Bra Hugh's trumpet to the evolution of the spirit of his people. Alas, our land is barren.

That Bra Hugh has had to write an autobiography to immortalise his own meaning in our collective life is an unpardonable indictment on those of us who are black, those among us who claim to know how to hold a pen.

Terry Eagleton calls jazz a "complex harmony". Others extol the virtues of classic music as a "perfect harmony". There is no doubt that both these harmonies are beautiful.

The point, though, is not to compare and contrast the aesthetic qualities of European harmony (classic music) with African harmony (jazz); it is to invite outsiders to come and marvel at the ethereal beauty of Bra Hugh's African horn.

That music comes from the mind we all know. Listening to Bra Hugh's Stimela, how possibly, then, could a European mind still suggest that the African mind is shallow?

Is depth not a given in complexity? What more display of Africa's finest does anyone want that is not in Bra Hugh's jazz?

As you read this column, Bra Hugh's flesh and bones are in eternal harmony with the African soil.

His soul rests in the peacefulness of the music he has left with us. Lalangoxolo, our Bra Hugh.