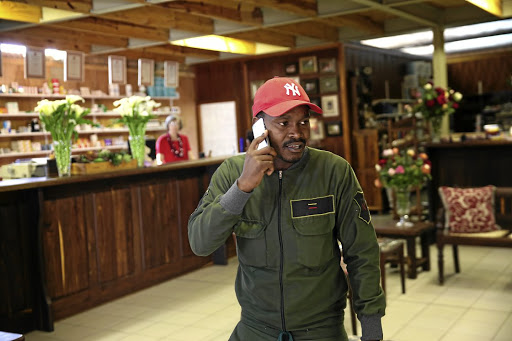 Nelson Moloko was asked to leave a chemist for using a cellphone, but a white journalist using a phone on the premises was not accosted. Research shows racism causes anxiety among blacks. / ALON SKUY

While there is often national outrage when an incident of blatant racism takes place, everyday or commonplace racism against black people, which is often subtle, brief and in passing, and which happens in the normal course of life, goes unnoticed.

Such everyday racism is more disguised. Many white South Africans are often not even aware of the racial insults, slights and hostility they unleash against black people in their everyday interactions with them.

Research has shown that everyday racism causes blacks anxiety, persistent anger, mood swings and depression because of the unjust treatment in every sphere of life. It lowers the life satisfaction of blacks. It negatively impacts on their personal and professional relationships. It drives blacks to change jobs, lowers their productivity, and compels them to withdraw from social interaction with white people. It makes black people deeply distrustful of whites.

It is when a black shopper walks into a book store and the white staff member loudly asks "can I help you", assuming that because the person is black, the person is not interested in reading and must be "lost".

It is some white people not noticing blacks - jumping in front of a queue although a black person has been standing ahead patiently. And the white staffer on the other side of the counter, also helping the white customer that jumped the queue first, even if the white staffer saw the black customer was there before the white one.

An apparent racist brawl at a plush Durban restaurant on Friday night has resulted in one man being arrested.
News
4 years ago

“These folks were also there getting drunk‚ provoking us and making racist remarks."
News
4 years ago

Or, if a black person drives a smart car or lives in a well-to-do suburb that the person is corrupt.

It is when a black child confidently asks questions; the white assumption is that the child is a "problem". If a white child is confident, the child is praised.

It can be the demeaning jokes many whites make about black people.

Blacks have little voice, are often not "seen" in workplaces and their opinions dismissed. Suggestions, proposals and input by blacks are often ignored, but if a white employee makes the same suggestions, it is taken seriously and acted upon.

Because of apartheid, black people were not allowed to perform certain tasks, deprived of ownership of property and could not study towards certain professions. They earned less for doing the same work.

Some white South Africans now say they are the new disadvantaged. This is as if the social capital of quality education, assets accumulated over generations and their "whiteness" is not a passport to the good life in a global world where education, assets and "whiteness" - advantages accrue to and dignity is reserved to a person purely on their white skin - are the leading arbiters for advancement.

This is to dismiss the cumulative impact over generations of the effect of slavery, colonialism and apartheid - which only formally ended in 1994.