EFF should grow up and smell reality of real politics 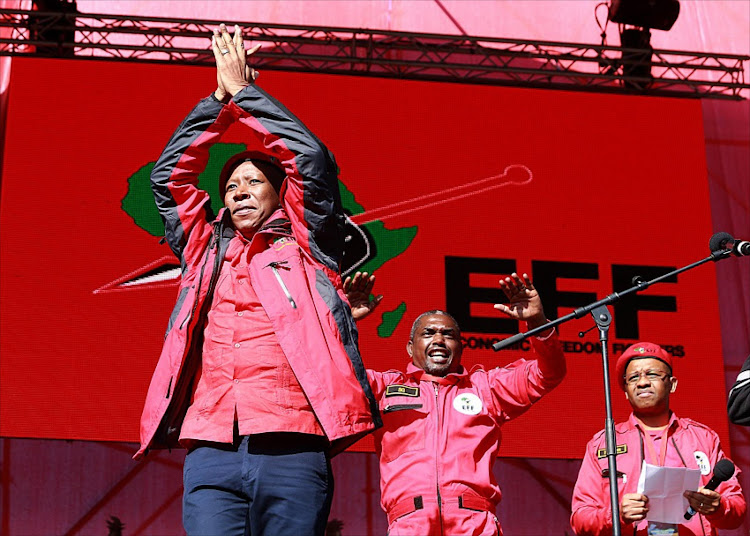 The EFF should grow up if it is to govern South Africa as a coalition partner where no party wins the elections outright.

There is evidence that ANC electoral support has been declining from all elections since the second term of former president Thabo Mbeki. In fact, the decline has worsened under the incumbent president Jacob Zuma.

The decline of ANC support may be an indication that the party has lost its moral authority to lead society. The anger to see the current president gone has been manifest through civil society protests, internal revolts and electoral support.

It's no longer a question of whether public confidence in the ruling party has faded, but how this will end. Whether the ANC fails to secure a majority vote in the 2019 general elections or in 2024, signs appear to be pointing in that direction.

While the DA support increased in the 2014 and 2016 national and local elections respectively, the EFF has grown significantly as revealed by the 2016 local government elections.

The EFF, as the third largest political party, and a possible kingmaker, may find itself in a dilemma for being noisy and irrelevant. Since 2014 when it entered the National Assembly a lot has happened which can't be ignored. The EFF fought hard for accountability, particularly in relation to Zuma and the work of parliament itself.

The Economic Freedom Fighters Student Command (EFFSC) says that its call for walk-ins at higher education institutions by prospective students is not ...
News
4 years ago

However, the party has missed an opportunity to demonstrate how it plans to be an alternative if and when the ANC loses power. Its obsession to disrupt joint sittings addressed by Zuma has tarnished its image.

The reality is that Zuma is on his way out and there is life beyond his term of office. The national general election is around the corner. The EFF should be worried that apart from its focus on Zuma, it hasn't done much to debate policies in parliament.

South Africans were desperately looking forward to have a dignified leadership, and now that Cyril Ramaphosa has replaced Zuma [as the ANC president] there is a possibility that the ANC may reclaim its position as a leader of society. The EFF leadership, particularly its leader Julius Malema, should do much to outsmart the ANC through debates and not through howling.

The recent plea by Malema for all matriculants to report to universities following the announcement of the provision of free education by Zuma is opportunistic and reckless. The controversial decision left the ANC's previous national executive committee ( NEC), the Treasury and the Department of Higher Education and Training in shock, wondering how the government intends to fund free education.

The sooner the EFF shows maturity and avoids antics that will work against it, the better. The possibility of the EFF to be part of government as a coalition partner appears real.

If there is no clear policy engagement, it will be difficult for the EFF to get new electoral support. Its disgruntled former members of the ANC may go back to their former home.