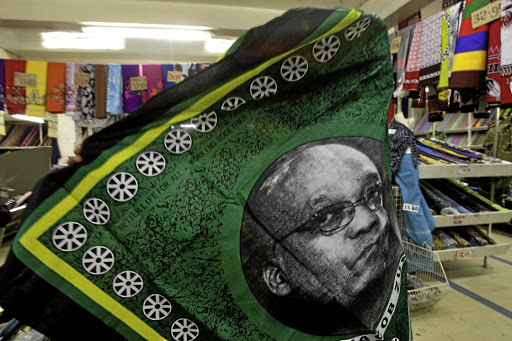 The chief kanga man has had a string of devastating adverse judgments delivered against him by the courts in recent months, says the writer.
Image: Moeketsi Moticoe

A few months ago, a public servant neighbour went on pension. After accessing his money from the Government Employees Pension Fund he renovated his house, bought electronic goods and, being a skilled man with his hands, bought tools with which he started a small business.

He is now very busy rendering services to a lot of clients in the community.

The skullduggery at Steinhoff that saw the company losing huge chunks of its value and billions of rands in pension funds belonging to government employees, some state-owned enterprises and others in the private sector, focused attention on my neighbour and other working people.

The Public Investment Corporation and others have invested sizeable amounts in Steinhoff.

These ordinary people toil for years and accumulate their pensions only to have some smart thugs in suits and ties steal them through all sorts of shenanigans.

Those government employees who are on the verge of retirement must be twisting and turning in their beds, wondering if they would be able to access their pension money.

The bad example set by the looters in the highest offices in government creates an enabling and inviting environment for others in the private sector to follow suit.

Remember, it is those in control of state power who must not only lead by example but must uphold the law of the land and prosecute the wrongdoers.

There is an alarming dearth of moral and ethical leadership in this country.

It seems many leaders in both the public and private sectors are infected with the base spirit that drives them to take whatever is desirable and tempting.

It is the spirit that led one of them to declare that because someone was clad in a kanga, that person justified being raped.

To them, you would be speaking an incomprehensible language if you said even a person walking around naked does not deserve to be raped.

This kanga mentality leads some of them to follow very basic desires and temptations without a tinge of conscience.

It is this kanga mentality that gives us state capture, the shenanigans at Eskom, Prasa, the Gupta family phenomenon, Steinhoff, KPMG and the rot in our municipalities.

Investigators in the US and Britain are looking at acts of business criminality in South Africa while our law enforcement agencies are turning a blind eye to everything. Are we not justified in concluding that they are part of the shenanigans?

The media has been awash with reports of wrongdoing almost every day, but the silence from the Hawks, the police and the National Prosecuting Authority is embarrassingly deafening.

Are they asleep and incompetent, or are they a part of the fast-developing Mafia state?

It is the activism of our intrepid civil society and our fiercely independent judiciary that has seen some of the thugs in suits meeting their comeuppance.

The chief kanga man has recently had a string of devastatingly adverse judgments delivered against him by the courts.

If he had just a little bit of a conscience and less fear of his misdemeanours sending him to jail, he would have resigned by now.

With these judgments and the many inquiries into state capture taking place in parliament, we might just see the criminal justice system creaking into motion.

But all of us as citizens must do our bit to stamp out the reign of those with a kanga mentality in both the private and public sectors.