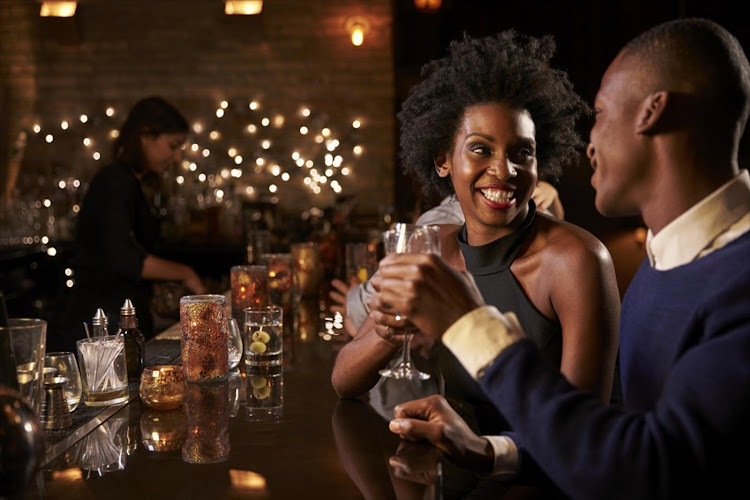 A young couple on a date.
Image: iStock

With Tinder and other dating app services gaining favour – my friend, who divorced recently – told me that despite their popularity she has no time for such services.

“These apps are for a certain kind of people, mngani, not for me. I want a strict referral if I have to go back on that horse again.

“I have managed to get rid of the weirdo that was my first husband and want to make sure that I do my best to get it right the second time around,” she said.

How are you going to do that? I asked, whereby she told me about a more safe method of looking for a man. My friend has a list of names who once propositioned her in the past when, she said, she was too young to know any better. But now, she said, she has a feeling one of these people could be a suitable candidate to spend life with.

One of them is the son of a family friend whom she met in primary school. He had a massive crush on her and had tried in the past to get their parents to send them to the same boarding school.

My friend's ex can be my soulmate, right? Right

As the clock ticks away, being choosy is no option and women must make do with what's left in the pond
Opinion
4 years ago

When that failed he only agreed to join the local ballroom class during summer vacation on condition that she was his only partner. Unfortunately, the poor oke had a lollipop-head syndrome at the time, as his young body was still growing into his torso.

Being finicky with looks, my friend did not give him the time of day, but she tells me that now all is forgiven since he had eventually outgrown his pumpkin head.

To sweeten the pot, the oke is now a successful engineer; and still single.

In her back-to-old-potentials campaign, her second option is the high school nerd who 10 years later has predictably utilised his high IQ to succeed in life.

Even though she would not give him a chance back then and had relegated him firmly in the friend zone, where his main highlight was to carry her school bag around, she now sees the folly of her ways in ignoring this guy’s advances.

Then there is a former boss from her first job whom she was attracted to but kept her knickers on because of respecting the 7th commandment. He is now swimming in government tenders and the only thing she sees as missing in his life is to make someone his Mrs.

When I asked her how can she be sure that all three men are still interested in her, she tells me the difference with an app like Tinder is that she always had reliable intelligence about these men and their intentions.

Unlike a dating app, she said, she knows a lot about them including their estimated net worth. So they are a better bet than blindly going out on dates with strangers.

I am yet to see if my friend’s plan will work, but she is looking forward to a lovely summer this festive season reconnecting with her former crushes.

Angry that my friend made my son a Ben 10

My best friend has recently confessed to me that she loves my 20-year-old son and that they have been having an affair behind my back for a year and ...
Good Life
4 years ago
Next Article