Who gave people the right to police others and impose their standards on them? 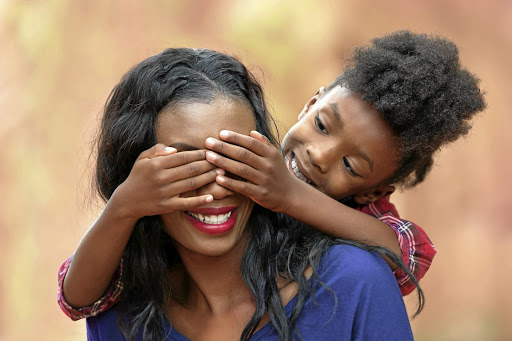 Parents must play an active role to be exemplary to their kids and not seek that guiding light for their children from other people, especially public figures. / 123RF

Being a kid, especially during the hustle and bustle of the festive was great, honestly.

You didn't have to worry about rent or shelter, what people would wear for Christmas or what they would eat on Christmas day.

Where the "crickets" would come from for New Year's Eve was not your baby, all you knew is come "happy!" time you would have some.

You just lived, blissfully and carefree mostly but once in a while something would disturb your peace and this irritation would almost always come in the form of an adult.

"Come here, did you pass?", even if you had passed that question always made one feel sheepish and especially irritating were from the ones who didn't immediately reach for their pockets upon receiving the news that you had passed and were progressing to the next grade.

There was another special of adult though that would probe further and ask a question that would have you pretending to look at the sky hoping the right question would be written there.

I was telling my new man friend the other day that I love going out, it is my biggest indulgence.
Opinion
4 years ago

"Who is your role model?"

I always found it very hard to answer that question and now that I am older and know the definition I feel vindicated for having struggled with it.

The dictionary defines a role model as a person looked to by others as an example to be imitated. Imitate?

I don't understand why the adults created this thought that it was even okay to come up with a phrase that meant to want to imitate someone else and how a whole culture has been built around it.

But that is neither here nor there. I am not here to police the world and the mistakes of old.

What I do have a problem with though is that these silly shackles of words and ideologies are now being used as means to police women and to shrink them.

Women have had to keep the fire in their spirits hidden for a long time. This past Saturday my friend Renate reminded me of a poignant line from For Coloured Girls: "Somebody almost walked off with all of my stuff." A line that rings true for the lives of most women existing in societies that insist on holding onto our stuff; it's always our stuff being interrogated and being checked.

And now that women, black women in particular, have begun gathering and owning their stuff, they are being asked what kind of example they are setting for other people's children or what kind of role models they are trying to be.

A very recent example of this is Zodwa Wabantu, a phenomenon if anyone cares for my opinion. Here's a woman determined to own and hold onto her stuff. Here's a woman who insists on making money and a living off her body.

It's funny that people are so ready to be offended by Zodwa's public displays of her wares. A friend's attempt on Facebook to make fun of her after her recent "unveiling" was "are Zodwa's parts still private?"

Did Zodwa say her parts were private? Or is it another case of a language that was created for us without our consent? Who decided genitals should be private?

Who decided that people who choose to live their lives in the public domain must be your children's role models?

What is your role as the parent? If your children are going to imitate anyone, God forbid, should it not be you?

We ought to be discouraging our children from trying to be anything other than their true authentic selves. I am quite sure your children are the last thing Zodwa thinks about when she wakes up, let alone being a role model for them.

If you feel strongly about your children having good role models, you be that role model and stop outsourcing your parenting.