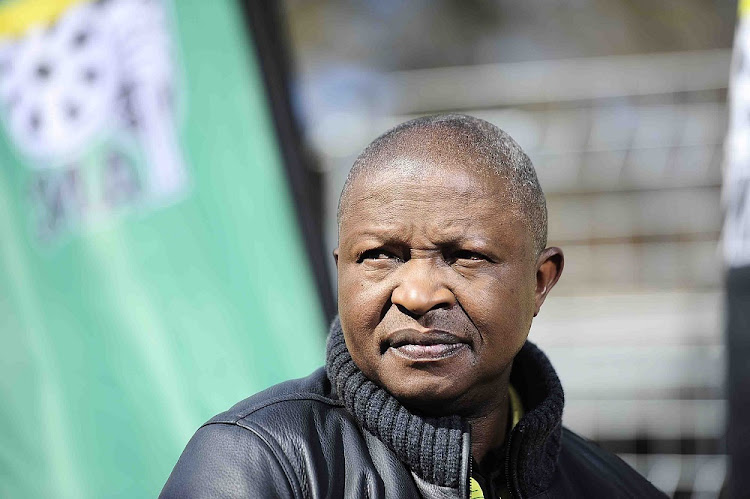 One of the complexities about the 2017 ANC succession race is the juggling of special interests and how these impact on the bigger battle.

With the ANC on the downhill run to its 54th national conference in mid December‚ there are still some big unknowns.

What‚ for example‚ does David Mabuza‚ the chairman and premier of Mpumalanga‚ want exactly?

Mabuza is leading the second largest delegation to the conference and could tip the scales in favour of either of the leading contenders‚ Deputy President Cyril Ramaphosa or Nkosazana Dlamini-Zuma.

But Mabuza is still playing hard to get‚ even though he was offered the deputy president spot on the Dlamini-Zuma ticket.

BusinessLive reported that Mabuza is now lobbying for the ANC’s Gauteng chairman Paul Mashatile to also be accommodated on the Dlamini-Zuma slate. This is a big ask as one of Dlamini-Zuma’s loyalists would have to be booted from her slate to make way for him.

If he is included as one of the top officials on the Dlamini-Zuma slate‚ does this mean he is expected to influence Gauteng branches‚ which are leaning heavily towards Ramaphosa‚ to support her?

Ramaphosa had already announced that Mashatile would be his preferred choice for the position of treasurer-general.

So what then is Mabuza hoping to achieve doing by withholding support from either camp and trying to make a deal after most branches have already submitted their nominations?

There are fears behind the scenes that Mpumalanga leader David Mabuza may not give Nkosazana Dlamini-Zuma camp his support.
News
4 years ago

This exposes that for some of the key players‚ the battle is not about loyalty to the candidates or what their branches want.

There is obviously a belief that there could still be gerrymandering secure desired outcomes.

President Jacob Zuma appears to be among the people who believe that some strategic moves could influence the outcome.

His dinner with the seven presidential candidates last week was supposedly to foster unity but was really another attempt to convince them to support his proposal for a second deputy president post.

The problem with this proposal‚ other than it is a transparent move to ensure that the losing candidate is able to secure the second top job by default‚ is that ANC branches have not agreed on it or nominated people they want to fill the post.

If Zuma has his way‚ this would therefore be an under-the-table deal‚ which the ANC membership would just have to live with.

Once such deals are made in the name of “ANC unity”‚ where do they stop?

Perhaps there would then be attempts to secure a Mugabe-type exit for Zuma‚ although it would be impossible for him to be offered amnesty in terms of South African law.

What happens to all Zuma’s loyalists in cabinet‚ who need to be shown the door if there is to be any recovery from the multiple disasters they have brewed?

Would there be deals to keep Lynne Brown‚ Bathabile Dlamini‚ Faith Muthambi‚ Nomvula Mokonyane and Mosebenzi Zwane in their posts for the sake of unity?

If the ANC is locked in a compromise deal between competing factions‚ would it be possible to take firm decisions on issues such as state capture and economic recovery‚ or would the dithering continue?

If the top leadership is a mesh together of opposing interests‚ it is possible that Zuma as well as people like National Prosecuting Authority head Shaun Abrahams and SA Revenue Service boss Tom Moyane would be kept in place‚ merely because it would become impossible for the ANC to reach consensus.

As the conference date approaches‚ anxiety and desperation are building‚ which could result in all manner of deals being made to secure support.

Some of the candidates have campaigned for change and a clean up of the ANC. But the deals being proposed are primarily to entrench the power networks‚ both in the ANC and the state.

A deal with the devil rarely goes well for anyone other than the devil.