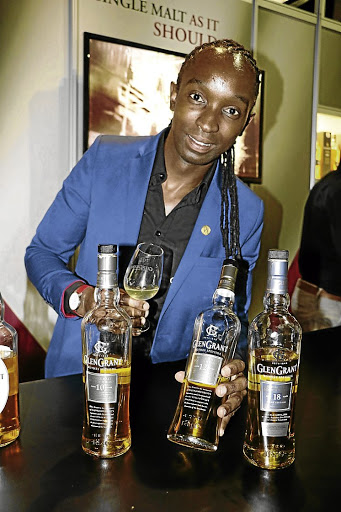 Time was when whisky was the exclusive preserve of the old gentlemen's club and etiquette dictated that one had to drink it strictly neat, even if its fumes burned your palate - or with water or on the rocks.

Thankfully, the spirit has changed from its rather serious erstwhile image as a drink of moustached old timers.

It has now embraced the new millennial drinker who tends to be allured by a tipple with chic packaging exuding modernity about it, thanks also to spirit-laced cocktails, which have made whisky more accessible to the younger wannabe connoisseurs.

For both connoisseur and beginner, what better place to sample the widest array of whiskies than in the world's largest whisky show, Whisky & Spirits Live Show, which took place at the Sandton Convention Centre over three days last week. With 300 whiskies from all over the world, the tasting adventure took on the tenor of a masterclass about geography and cultures of whisky-making nations such as the Scottish, Irish, Japanese, South Africans, Americans and Taiwanese.

As whisky glitterati Grant Schreiber once said: "Not only is whisky packed with flavours, but is imbibed with a host of intangible elements that are captured in the global drink - elements such as geography, culture and [a] powerful sense of bottled time."

Indeed, any whisky with an age statement like 12, 15 or 18-year-old is endowed with weather conditions that punctuated its making during that period and traditions of the area of origin.

Among the glittering line-up whisky experts at the show was Shauna Jennes, distiller ambassador of The Dalmore in Scotland. Her sage advice to first-time visitors to the show was: "Pace yourself! Walk around the show first and select the whiskies which interest you and that suit your palate. Leave the heavily peated ones for the end."