Use of nameless sources queried 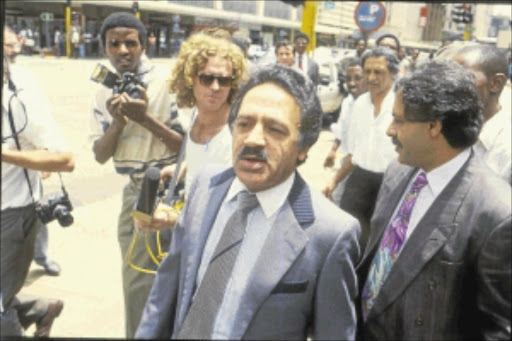 A READER called in to ask about my position on whether news and sports reports get the same treatment on issues to do with ethics, anonymous sources and accuracy.

He wanted to know why, if there is a difference, this is so. He points to the regularity of sports reports quoting single anonymous sources.

He was at pains to explain that he was not only referring to Avusa, adding that one publication actually thrives on "sources" who are allegedly in soccer teams.

He even went so far as to suggest that some sports journalists could be receiving "brown envelopes", or that sources in clubs are being paid for "scoops". This, he suggests, could easily lead to those sources giving false information.

Obviously I can only speak for Avusa newspapers and do not for a moment believe that it is general practice for sports journalists to publish stories based entirely on anonymous sources.

The credibility of the media is indivisible. Readers judge media as one and if one publication becomes known for publishing anonymous source stories, all media is painted with the same brush.

So the question is, why do newspapers use anonymous sources? The debate about these sources has been raging for ages - it is as old as time itself.

Stories that use single anonymous sources without supporting evidence are not acceptable under any circumstances.

This is how it should be and most media use this basic guideline.

Normally this should suffice. I have been shown a SMS messages from soccer agents giving journalists "insider information" about player movements. The messages usually ask the journalist to say that " I was not available for comment ."

The journalist who showed me the message, refused to write the story. As a result, that particular agent is no longer speaking to the journalist.

The tragedy for the media, however, is that other journalists have gone ahead and published such stories.

A sad episode in the life of South African soccer occurred when Abdul Bhamjee put journalists on the take at the launch of the National Soccer League to ensure the young league was given more publicity than any other structure.

When the scandal broke, some journalists were fired, and one demoted from his position to an ordinary reporter.

This is how easy it is for journalists to fall into a trap and be used to drive personal agendas.