State, not leaders, is primary 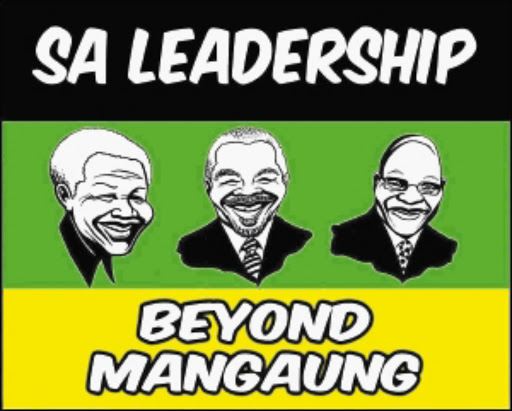 At the invitation of the Sowetan newspaper, top political analysts and commentators are tackling the topic of political leadership in South Africa. To contribute to the debate, send an e-mail to: letters@sowetan.co.za and tellus@sowetan.co.za

How and why did Zuma leadership succeed

BECAUSE leaders are products of institutional and societal structures, it is important to look at how Jacob Zuma emerged as a leader. This would explain his leadership style.

His presidential campaign showed a leader who was victimised by state institutions in the criminal justice cluster. He was prepared to take the state head-on.

The corruption charges against him resulted in Zuma's campaign becoming the campaign against state institutions.

Of course, there were doubts as to whether these institutions were unfairly used to block Zuma's rise to power.

Irrespective of which side of the fence one stands in relation to Zuma's confrontations with the justice and crime prevention institutions, he came to power as someone who had a deep quarrel with the state and its institutions.

How and why did Zuma successfully campaign against state institutions? Why is it that his leadership continues to be supported amid clear indications of continuing confrontation with the judiciary, the National Prosecuting Authority and also compromising the country's crime intelligence?

What do we expect of our leaders? These questions are tied to how we relate to the state.

Societies create space for the type of leadership they want. The reasons why the leadership that is based on a confrontation with the state continues to survive is a reflection on how citizens relate to the state.

Our relationship with the state affects how we assess and select leaders.

South Africans tend to have a tense relationship with the state. This results in a situation where citizens do not find it offensive when leaders fail to serve the state appropriately, or when leaders engage in an unwarranted confrontation with the interests of the state.

The abrasive relationship that exists between the state and citizens has its origins in the history of the state as the oppressor during the colonial or apartheid era.

When leaders fail while presiding over state institutions either by bringing such institutions into disrepute, an African citizen tends to find it forgivable because the state is not held high and is not worth protecting.

So leaders are not assessed on the basis of the extent to which their leadership serves and protects the wellbeing of the state, but rather on the basis of personal whims.

Even if a person is utterly inept at serving the state, an African citizen still finds such an individual worthy of a leadership position. Africa serves as a host to the survival of a number of inept leaders who continue not only to loot the state resources but also threaten its very survival.

African citizens so distrust the state that they would not take issue with a leader who threatens it because the idea of the state remains unworthy in the eyes of the majority.

Aristotle stated in his book, Politics: "When the government is personal, the ruler is king; when the citizens rule and are ruled in turn, then he is called a statesman."

Being a statesman means serving the interests of the state. While our system is a democracy in which citizens are rulers, the idea of democracy is not accompanied by recognition of the importance of the state.

While our institutions of government are of a modern democratic nature, our understanding and behaviour towards the very government fits only a monarchy. We lack respect for the state and we tolerate those who undermine the integrity of its institutions. We assess our leaders in a similar way as is done in monarchies.

If we remove the language of sophistication that comes with elections, I believe South Africans treat leaders as kings, but not asstatesmen.

It follows that leaders are not assessed as statesmen and they are not subjected to an evaluation as to their ability to lead the state.

This explains why there is a great sense of entitlement among our leaders. They think they are entitled to everything, including looting the state itself.

My dictionary explains in the most basic sense that the state is a "political community under government". Government serves the interest of the community we call the state.

Our political leadership have the luxury to move in between the citizens and the state, enjoying the personal and warm treatment from the people who treat them as kings, while at the same time tolerated to steal from the state. In other words, we have a modern monarchy that we call a democratic government because we refuse to accept the state as a legitimate unit.

This allows our leaders to avoid scrutiny when they fail to act properly in exercising their responsibility towards the state.

Because the majority of South Africans do not have a good historical relationship, leaders in post-liberation societies thrive even if they threaten the wellbeing of the state.

The fact, however, is that with the collapse of apartheid and the end of colonialism, the state has become the people's union, and there is a need to normalise citizens' relationship with it.

Until such time that it becomes common sense among citizens that those who take positions to lead the government should first and foremost be trusted to be in a position to protect the integrity of state institutions, we will never be able to engage in a meaningful assessment of our leaders.

We need to understand that the state is a union that is meant to protect our common interests. Leaders are there to ensure prosperity of the union we call the state.

We should not protect the interest of leaders over the prosperity of the state.