Dear Chris Hani, the communists are all dead 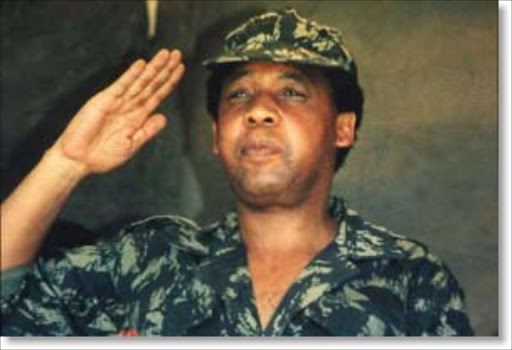 I write to you in response to the letter Mr Zwelinzima Vavi of Cosatu wrote to you on the 19th anniversary of your assassination.

That we have given to writing to the dead must give you a good sense of how bad things are in this country.

The thing is, Mr Vavi's letter is too economic with the truth. As a good black person, I cannot let the dead be misled.

Firstly, Mr Vavi approves of Nelson Mandela's call for peace and turning your death into a pressure point for a day of election.

Sir, I would have thought that as a good student of Vladimir Lenin, Vavi should know that revolutionary communists have little respect for bourgeoisie liberal democracy.

Therefore, Madiba should have turned the civil war into a revolutionary war to seize power and usher a new order, instead of betraying what good communism stands for through his call for elections instead of revolution.

Mr Vavi mystifies the policy choices the ANC alliance has undertaken in the past two decades and the devastating impact they have on the poor. As soon as the ANC took power, it abandoned the already watered-down Reconstruction and Development Programme (RDP) and fully embraced the National Party's economic policy under the name "Gear".

Vavi and Cosatu made half-hearted protests, and then during the next elections called upon the victims of Gear to vote ANC.

This has been the trend ever since. Vavi doesn't tell you the e-toll he bemoans and calls upon workers to protest against is a policy of his comrades in the ANC.

Rumour has it that even Cosatu is a beneficiary in the privatised roads system.

Yes, workers are militant; but Vavi makes sure the militancy is used towards reformism and is calculated to support the factional fights within the alliance for the control of the state to eat by the tender.

Mr Hani, the drill to power to realise one's own personal security through self-enrichment is what drives the battles in the ANC alliance. The only hegemonic ideology right now is the ideology of the tender and perks.

Those elected to serve turn state power into the instrument of private interest. That is why Vavi doesn't tell you that the millions of houses the ANC has built for blacks are unfit for human habitation; they are upgraded shacks worse than what apartheid gave us.

Vavi doesn't tell you about the phenomenon of "service delivery protests", where the ANC government sometimes shoots to kill.

Vavi doesn't tell you that electricity has become impossibly expensive.

Dear Mr Hani, if whites still earn more than blacks or are more likely to be employed than blacks some 20 years after ANC rule, who must be blamed for this?

Sir, I haven't even told you about the state of education, of healthcare or poverty of the black masses or the landlessness they still suffer under the ANC alliance.

Finally, you have to know there are no communists in South Africa. Till later.