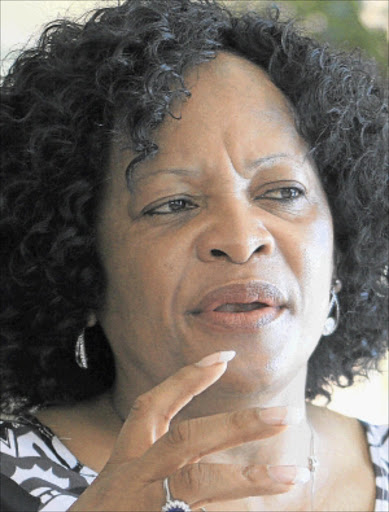 DURING her state of the province address on Monday, Gauteng Premier Nomvula Mokonyane highlighted some of the successes that her government has notched in improving the lives of citizens as well as the challenges that the provincial government continues to face.

Mokonyane announced that job-creation had increased.

"The 2011 Fourth Quarter Labour Survey showed that Gauteng had a 4,1% increase in employment compared to the same time last year. This amounted to an increase of 132000 jobs.

"While this is not sufficient to address current unemployment levels, the upward trend is encouraging. By the end of December 2011, the provincial government had exceeded its job creation targets, with 281686 jobs created against a target of 229904 jobs by the end of March 2012. Of these, 5629 were permanent jobs, 40898 were temporary jobs and 235159 were jobs created through the Extended Public Works Programme," she said.

Mokonyane highlighted the fact that murder in the province had declined by 16% since 2007.

Coming to overall service delivery, the premier said her government had improved its capacity by establishing the Gauteng Planning Commission and the Gauteng Advisory Council.

The structures are aimed at developing a long-term vision for the province.

The province had gone on a recruitment drive to fill critical positions - reducing the vacancy rate of 31% in 2009.

"As part of our efforts to ensure a more caring and responsive public service, we recently launched the Gauteng Premier's Hotline , which is linked up with all municipalities, departments and agencies. Since the start of the incubation phase of the Hotline in March 2011, we had responded to over 95000 calls on service delivery matters," she revealed.

Through the diligent work of our employees and the public, we have unearthed over 150 cases of alleged fraud and corruption ranging from procurement irregularities and financial misconduct to fraud and theft of medication and food supplies. Among those facing fraud charges are nine doctors from Leratong, Sebokeng and Pholosong hospitals."

Highlighting the recent spate of litigations against government institutions by members of the public, Mokonyane said while it is important to defend the state's interests in such cases, "it is also important that we are able to admit liability in cases where there is clear evidence of negligence".

Commenting on social services like education and health, Mokonyane said although there remained challenges - some progress was made in improving the quality of such services

Mokonyane also said the province has made a major public health breakthrough in reducing childhood mortality. This was achieved through the introduction of vaccines against diarrhoea and other diseases.