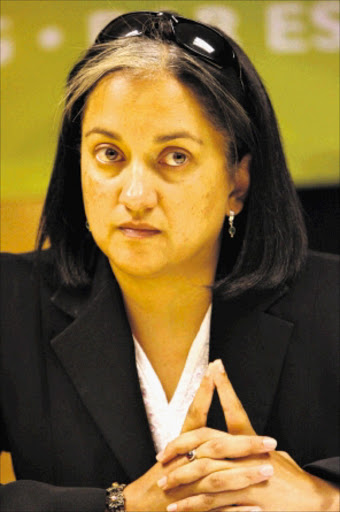 THE South African National Editors' Forum has expressed its "solidarity" with City Press editor Ferial Haffajee, who was called "an agent for white capitalists" by Sowetan columnist Eric Miyeni

"This is not the first time that an editor has come under vicious attack, and it will also not be the last time," said Sanef in a statement.

The forum said Miyeni was also not the first columnist to be fired over the "intemperate comments" and he would not be the last.

It noted that Miyeni's column was discontinued and awaited the outcome of Avusa's enquiry into "how the offending column made it into print".

"As Sanef, we defend his right to write what he likes, with the proviso that it falls within the bounds of what the Constitution allows. Miyeni's references to City Press editor Ferial Haffajee as a 'black snake in the grass' and someone who would 'probably have had a burning tyre around her neck' in the 1980s in our view crosses this line.

"Hate speech and incitement to violence are not protected by the Constitution, but as Haffajee has indicated her intention to sue, this will be for a court to decide."

Sanef said Miyeni was "exercising what he believed to be his right to be critical of the newspaper's investigations" and "as such bears primary responsibility for any slur on Haffajee's character".

City Press last week reported about ANC Youth League president Julius Malema's trust, which he allegedly uses to bankroll his lavish lifestyle. The report resulted in a criminal complaint laid against Malema. The Hawks were still deciding whether to bring corruption charges against him.

Haffajee said she was planning to sue Miyeni.

Miyeni said, "to be fair", his column had been praised by many. He said he was considering taking legal action against the Sowetan after he was fired for writing the column. He said the editors of the paper also had to take accountability.