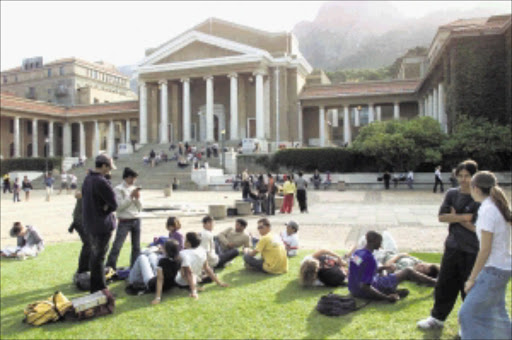 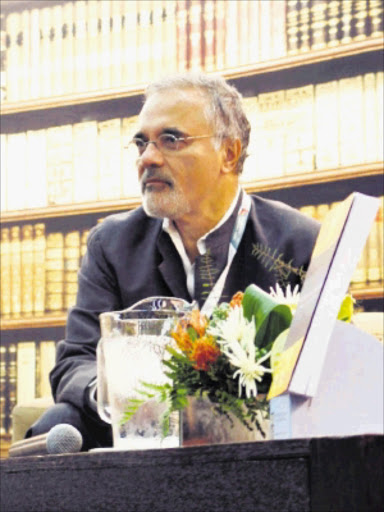 IN 1997 renowned Ugandan scholar Mahmood Mamdani was appointed director of the Centre of African Studies at the University of Cape Town.

In 1998, speaking at a seminar, he decried the fact that he had very little to say when it came to the planning of a compulsory "Introduction to Africa" course in the Social Science and Humanities Faculty.

He had, correctly, assumed that as head of CAS he would have some input in a subject that was pertinent to his field of study.

Expressing his displeasure about the situation Mamdani said: "I say that the faculty has a right to decide what students will be taught, not just how they will be taught.

"But having done so, for all our sakes, leave that person room for intellectual creativity and intellectual leadership - whoever that professor of African Studies is."

Incidentally, Mamdani's intervention provoked a raging debate, first on campus, and later in the South African media, about the nature of African Studies and the perception of "Africa" in post-apartheid South Africa.

In 1999 Mamdani accepted another appointment in the United States, where he became the Herbert Lehmann Professor of Government and Professor of Anthropology at Columbia University.

Now, 12 years later, CAS is once again under the spotlight.

This time it is the CAS students who are up in arms against a move to merge their department with three others.

As justification for the move the professor, among other academics, argues that the circumstances under which CAS was established in the 1970s "as a cross-faculty platform for debate about Africa, at a time when the study of Africa was marginalised at UCT, have changed".

"Now the study of Africa is deeply rooted across the institution."

But current students at the centre just do not buy the argument. According to them the move will actually undermine the role the university should be playing in exploring and agitating for Africa's new role on the world stage.

"The CAS is a space of hope, one that UCT, in its apparent quest for transformation and Afropolitism, must accept and support," say the students in a petition they intend presenting to the authorities.

"It is a hugely political move because the history of the centre is radical and we don't toe the line with UCT's liberalism," added another student.

It is quite interesting that contrary to Ensor's position, the students think the move would marginalise CAS and therefore the study of Africa in a post-apartheid academy.

Incidentally, this was Mamdani's position in 1998 when he raised concerns about his lack of involvement in the planning of the "Introduction to Africa" course.

Commenting then on the UCT situation, Director of Dag Hammarskjold Foundation in Sweden, Henning Helder, said it was "an example that the discourse over African Studies is not confined to an exotic niche but has some measure of social relevance".

For Mamdani the debate was also about "Teaching Africa in a post-apartheid academy."

For him there was a need to challenge the situation where in the past African Studies "developed outside Africa and not within it."

"This period shaped the organisation of social studies in the Western academy.

His feeling was also that CAS was being marginalised, encumbering its drive to bring the said change.

My experience with CAS was in the 1980s when I used to visit its library.

The library served as some kind of sanctuary where one could immerse oneself in the the works of African writers like Chinua Achebe, Dr Motsoko Pheko, Walter Rodney.

It is also here that one could imbibe from publications like The African Communist published since 1959 by the Communist Party of South Africa and the Radical Science Journal, published by a collective of scientists who ana-lysed the science and technology domain from a Marxist-Leninist perspective.

For many of us CAS served as a lighthouse in a raging sea of African marginalisation.

Our hope is that the current developments at UCT are aimed at sustaining the illuminating role that CAS played under apartheid.

It is our hope that all the changes the professor has articulated are about engaging the role that Afriica and its people should play in the new global world.