The rot has set in in our society 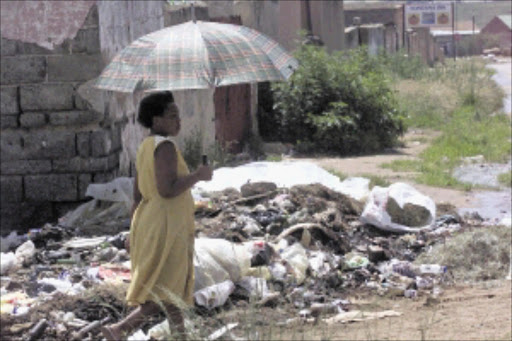 Vandalizing of public places is an unshakeable shame

EARLIER this week, it was reported that the Nelson Mandela Bridge that cost the Joburg metro city R38 million has been vandalised

Part of the seven-year landmark was refurbished for the 2010 World Cup and yet, barely a year later, inconsiderate and selfish vandals have decided to undo all that hard work and soil this beauty that is a monument to the world's favourite icon.

Somehow I doubt that a passing motorist would suddenly park his car and successfully strip the bridge of its materials without being detected.

I also do not believe that some of the security guards in the area would be responsible for the vandalism and theft.

In fact, one newspaper reports that one of the security guards has laid the blame for the bridge's state of neglect and despair firmly in the hands of the homeless people living underneath it.

I am not in a position to test whether or not this accusation is true, but if it is, then clearly homeless people are no different to other South Africans.

You may argue that being desperately poor and impoverished, the homeless may be in need of the material stolen from the bridge and thus their alleged actions are justifiable.

But I think this attitude of having no regard for precious national symbols and our environment as a whole is not unique to the homeless.

It is simply an act of selfishness, ignorance and a f*** you attitude that South Africans seem to display forfellow citizens

This grand old lady in Rissik Street was built in 1897 and is over a century old.

Sadly, over the years, it has been vandalised, pillaged and neglected. Someone had the nerve to even steal the copper dome and clock hands and bells that were recognisable features of this historic structure.

As if that was not enough, two fires in the last decade alone have shamefully sealed the fate of this once proud monument.

It is an unspeakable shame.

As far as I am concerned, those who litter and throw their rubbish and cigarette butts on the ground are just as guilty as the vandals.

In littering, they are communicating their utter disdain for the environment and fellow road users.

Our public spaces are like dumps and if the call of nature ever beckons while you are out in public, you are bound to find a toilet that has been left in a disgusting state by a previous user.

If that is not showing people the middle finger, then I do not know what is.

One of my former colleagues used to regale us with stories of how she chased drivers who threw their stompies out of the window.

She would follow them, catch up with them and chastise them. In all the instances, not one driver saw the error of his or her ways and duly apologise. Instead they would drive off in a huff or use the most gratuitous expletives to describe her mother's body parts.

It is one thing to make a mistake and overlook the importance of certain things but when that is pointed out to you the gracious and mature thing to do is to acknowledge the error of your ways, apologise and try never to do it again.

But I guess when selfishness and pride combine, it makes for a toxic mix.

Some among us may not be litter bugs or vandals, but in many ways a certain rot has set in.

Not caring what other people think or how they are affected by our behaviour is leading us along a slippery slope.

As far as I am concerned, people who hog two parking spots at parking lots, jump ahead of others in a queue, spit on the ground, leave public toilets in a mess are just as bad as those who have no appreciation for our historical monuments and infrastructure.

The sad thing is that this kind of behaviour was rare, if not absent, during the World Cup.

How tragic that we don't believe that our fellow citizens also deserve honour, decency and respect.