Get richer than rich at SABC 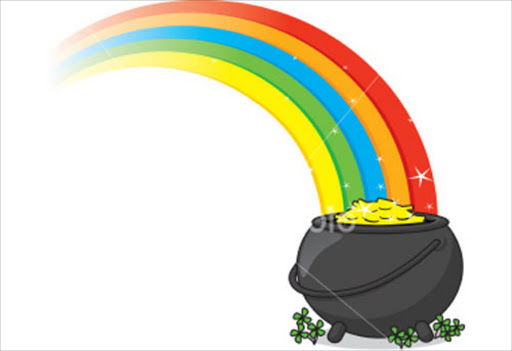 Get a quick MBA degree, establish political connections in Ain't Seen Nothing Yet circles, work for a few months while living it up, mess up, wait for the chop and bingo, you're a millionaire!

It has emerged that the much-maligned and despised Mtutuzeli Nyoka is not the only snake in the poisoned hole that is Cricket South Africa (CSA) after all.

People in the know say articulate CSA chief executive Gerald Majola, who allegedly orchestrated the removal of Nyoka from his position as president after the good ole doctor queried the process that cleared Majola and 39 others of any wrongdoing in their acceptance of suspiciously irregular payments from the Indian Premier League last year, is also - believe it or not - a snake.

Majola, Guluva is told, is the type of snake inhabiting certain areas of Western Cape, Eastern Cape and parts of KwaZulu-Natal. But unlike other snakes, Majola is venerated by certain Xhosa clans and regarded as a snake of goodwill.

But, after Nyoka miraculously survived to live another day this week, Majola does not seem to be in the mood to dispense even an iota of goodwill as he vigorously pushes ahead with his attempts to smoke his venomous rival out of the CSA hole.

Just as there can't be two bulls in one kraal, there is clearly no way that two snakes can live together in harmony in one hole.

One has got to give, and Guluva bets you it is not going to be Majola in this instance.

The surprise and sudden resignation of SABC Group CEO Solly Mokoetle earlier this week made headline news as soon as the story broke in many major news organisations except, of course, the SABC.

For instance, editors of the SABC1 7.30pm IsiZulu news treated the story - which again demonstrated that all was not well at the beleaguered public broadcaster - as if it was an afterthought, burying it towards the end of the bulletin, just before the sports and weather reports.

The way these guys went about it, they almost buried this story of immense public interest under the carpet.

You wanna be an overnight millionaire?

It's as easy as S-A-B-C. Get a quick MBA degree, establish quick and solid political connections in Ain't Seen Nothing Yet circles, go for the group chief executive job at the public broadcaster, work for a few months while living it up, mess up a few things here and there, wait for the inevitable chop and bingo, you're a millionaire!

Instead of broadcasting credible and reliable news, the public broadcaster has of late become a gold-plated revolving door that spews out millionaires at every turn.

It was not so long ago that Dali Mpofu walked away from the public broadcaster R11 million richer, after being there for a short period of time. It was just like winning the Lotto.

Despite repeated denials by certain members of the SABC board of there having been a golden handshake, there is no doubt that erstwhile group chief executive Solly Mokoetle has also struck the jackpot, with some people estimating his exit package at a whopping R30million.

After only seven months in the hot seat, a R30 million golden handshake is not bad at all, especially coming from such a cash-strapped broadcasting corporation as the SABC.

Guluva is waiting with anticipation to see who the next overnight millionaire is going to be. Is it going to be the out-going South African Football Association's Leslie Sedibe? Only time will tell.